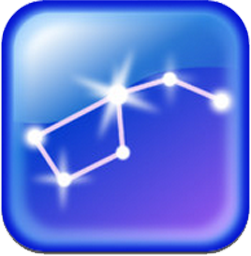 Star Walk Price: $2.99 For: iPhone, iPod touch, iPad The Star Walk app by Vito Technology Inc. has won awards from A Parents’ Choice and Apple for the Apple Design Award in 2010. It was nominated for a Webby Award in the Education and Reference category in 2012, and was featured by Apple on Best Apps of 2009, 2010, and in iPad TV commercials. Simply put, this app is amazing and totally worth the $2.99. The Star Walk app is a reality app that allows you to point your iPhone, iPod touch, or iPad at a satellite, star, or constellation, and labels what you’re seeing. You can track the ISS, and find out what constellations you’ve been seeing from certain windows. Get all the information on the stars, planets, and constellations in your night sky. Main features of the app include Star Spotter with real-time motion tracking that tells you what stars are visible to you in your sky; Calendar of Celestial Events to allow you to plan your stargazing trips; Time Machine that allows you to see what the sky looked like on a certain day in the past or will look like in the future on a chosen day; Night Mode that preserves your night vision; Picture of the Day that features a stunning photo; a Search function where the app uses an arrow to point out a star, constellation, or satellite; and Augmented Reality for 4th generation iPod touch and iPhone 4. This app is optimized for the larger-screen iPhone 5. No Internet connection is required to use Star Walk, which is also great.

The most recent update to Version 6.0.1 occurred on September 27, 2012, which made the app iPhone 5 ready, supports iOS 6, and added the TelRad function. The app is available in English, Arabic, Chinese, Dutch, French, German, Italian, Japanese, Korean, Russian, and Spanish. It currently has an average of four out of five stars over 7500 ratings over all versions, with a five-star rating from 85 users for this latest version. Simply put, the app is fabulous. Here is the Star Walk app optimized for the iPad. 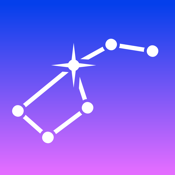