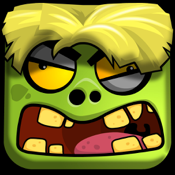 Math vs Zombies - Math Games Grade K-5 is an iPad and iPhone app that helps students drill their addition, subtraction, multiplication, and division facts for better recall ability. Students must answer the question above the zombie’s head to turn them back to human before the zombie reaches them and causes injury.

Zap the Zombies Back to Human

Math vs Zombies is a fun game for kids aged five through 10. My six-year-old has been attempting to get the math facts, but she is still a bit young for this game. Even though there are three levels of difficulty, the easy level is a bit challenging for her. I would suggest that you begin more towards the middle of grade one.

My 11-year-old, however, has been playing the game for about a year, and has unlocked almost all of the levels now. I recently installed it on my iPad, and had him run through the levels so I could select the difficulty I wished to use with my tutoring students. He was very helpful with this, and it was a great summer practice exercise.

What I like about this game is that you simply answer the question, hit the zap button, and the zombies are turned back to human. The game allows you to correct your error prior to hitting the zap button, which I appreciate. A lot of games do not let you correct prior to the shooting, launch, zap, or what have you. 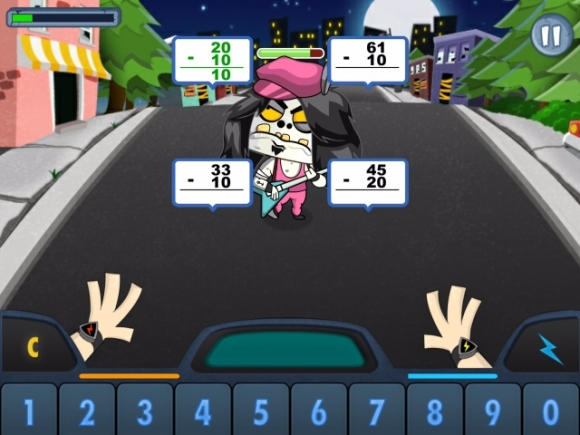 As a teacher, and as an individual who had difficulty mastering math, I like math games, and Math vs Zombies is a fun one. It is a free education app that allows you to drill addition, subtraction, multiplication, and division with your child in a fun way.  I have downloaded other flash card apps before and this one is definitely more fun than plain flash cards.

This game does not have instructions when you first try to play it. It is intuitive so it doesn’t take long to figure out how to play but it is a little frustrating that you initially lose based solely on the fact that you don’t know how to play. 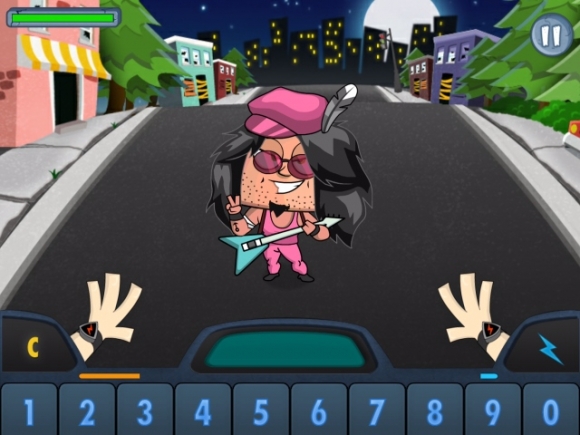 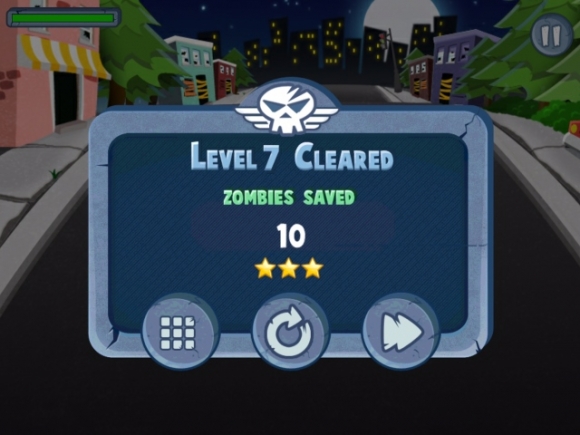 Math vs Zombies is an iPad and iPhone games app that helps students and children to learn math. It does a really great job of doing so in an interactive way through a flash card-like game in which zombies are zapped back to human with correct answers. I had fun playing this game, and my tutoring students enjoy it as well as my own children. Overall, it's a great app and I look forward to continuing to use it!