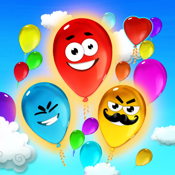 Calling all parents: do you sometimes need a way to keep the kids entertained so you can get stuff done, wait for an appointment without a meltdown, or even go on a long journey? The Sneaky Balloons app for your iPod touch, iPad, and iPhone may just be the solution you're after. This is a game that will have kids tapping the screen as they try their best to save the day and pop the nasty balloons. Kids are in for a fast-paced challenge with great graphics and sound effects.

Although the Sneaky Balloons app will appeal to kids in a big way it's also equally as fun for adults to play. There are all kinds of hilarious-looking balloons here such as the Ninja ones, the holy ones, frost, and mother balloons. They act just as real balloons would thanks to the physics of the game. You will be popping them by tapping on them and the app allows for multi-touch so you can pop more than one at a time. The game controls are therefore very easy to understand and respond well. You have three different levels of difficulty to choose from and there are 20 levels, all of which have their own balloon colors, types, and scenery.

The app is free to play but there are a number of in-app purchases that range in price from $0.99 to $1.99. The app has recently been updated with a new user interface, additional balloons, and more Adventure levels. The app has four out of five stars from users who seems quite pleased and entertained by the option. 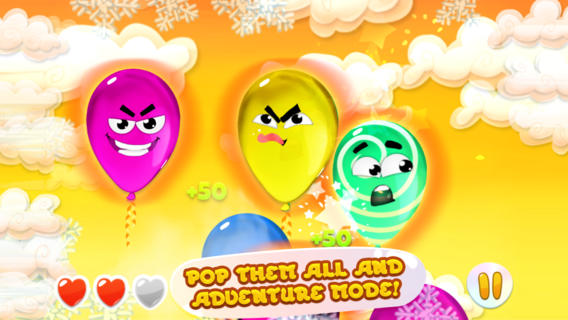 Tap the balloons to pop them

The Sneaky Balloons app does a great job of combining humorous elements with challenging game play. You can't help but giggle at the rather hilarious balloons but you still need to take the game seriously because it moves along real fast. The app supports Game Center so of course you'll be able to see how you stack up against other players.

When you first launch the game you'll be able to pick your game mode: choose from Adventure or Pop Them All. There is another mode but that one needs to be unlocked. As the balloons float by and you do your best to tap on them and pop them don't forget you can be using more than one finger at a time to ensure you get an even higher score. 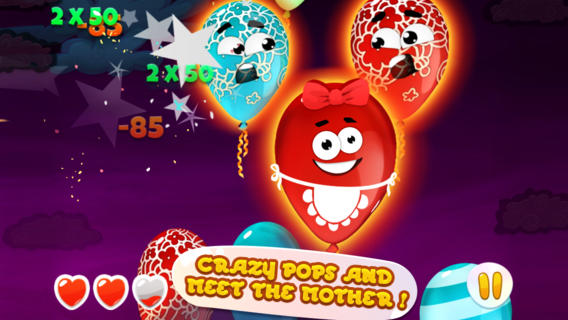 Engaging and entertaining game play for all ages

The Sneaky Balloons app for your iPod touch, iPad, and iPhone is a fun way to pass time but don't sit back too much because this game is extremely fast-paced.