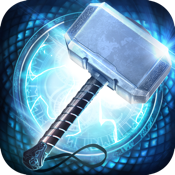 Calling all fans of Thor: here's your chance to grab the hammer and become the mighty God of Thunder, Thor. The Thor: The Dark World app can be played on your iPod touch, iPad, and iPhone and is of course an action-packed adventure. Just as you would expect, from the moment you launch this game the action is thrown at you. In this game you will be heading out on a journey with Asgard's most esteemed warriors in order to stop Malekith, who is the lord of the Dark Elves and has been an enemy of Asgard forever.

Head Off to Battle

It's time to head off to battle in the Thor: The Dark World app. You are no slouch in this battle because you get to play as the mighty God of Thunder himself as you wield Thor's hammer and reign destruction on your enemy. You will be battling against Malekith the lord of the Dark Elves who has set out to completely destroy the Nine Worlds. Since Thor is leading the battle it's your job to train all your Asgardians and then of course fight alongside of them in battle. There items that can be unlocked, upgrades, and special powers to help you along.

The app is free to play but there are a number of in-app purchases that range in price from $1.99 to $99.99. Earlier this year the app was updated with additional hammers and weapons to use. The game scores very high with users, getting 4.5 out of five stars. 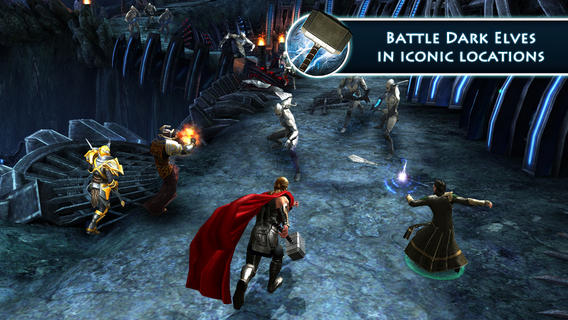 The key with the Thor: The Dark World app is to ensure your army is well-trained and -equipped so that you are prepared when you head into battle. There are 90 missions to complete and all of them have their own goals and challenges. The one common thread among the missions is the fact they are all very fast-paced. As mentioned there are items to unlock and upgrade such as the 10 hammers each of which will make Thor more powerful. You can also learn new skills that will help you in your battle.

What I like about the game is that it gets more and more challenging as you play. There is never a break in the action and before you know it, you'll be working your hardest just to remain alive. The added challenge is that fight to the top of the leaderboard since the app supports Game Center. 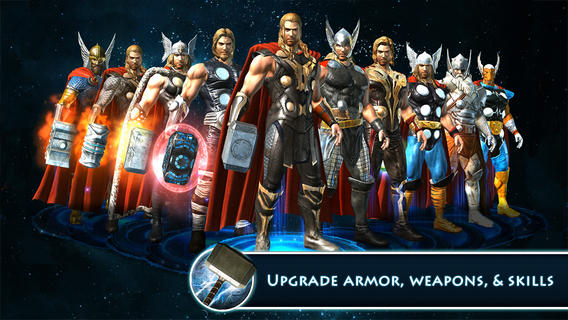 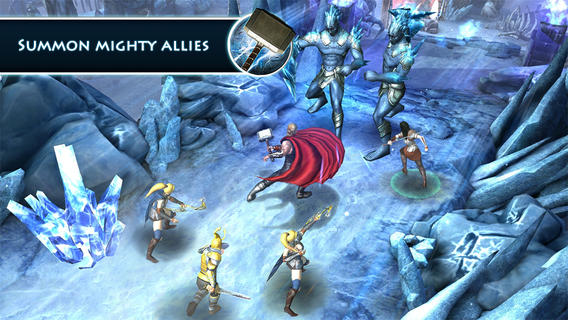 Compete with your friend

The Thor: The Dark World app can be played on your iPod touch, iPad, and iPhone and is a fun RPG option with fabulous graphics and sound effects and plenty of challenging levels.