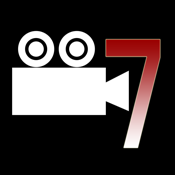 007's Vidicon - Spy Video Camera is an app that enables its users to record video in a discreet manner while performing other tasks on their iPhone or iPad.

This app costs a whopping $19.99 and can be found in the Photo & Video section of the App Store. There are no ads in this app and it's a very powerful tool that is sure to make you feel like 007 himself, so the price seems justified at first glance.

Let's find out if this app is worth its cost.

A lightweight app, 007's Vidicon - Spy Video Camera only takes up 5.4 MB of space on your iOS device. There are many ways to use this app and it comes with five video-recording modes. There is the usual Black mode, which is a feature found on many similar apps, where the screen remains black with no display while the video is recording.

The more fun and deceptive modes are Video Mode and Audio Mode, where you can play an mp4, mov, or m4v file and an mp3 file respectively as you record. Web mode enables users to browse using the in-app browser, and Book Mode lets you read books in txt and rtf formats. 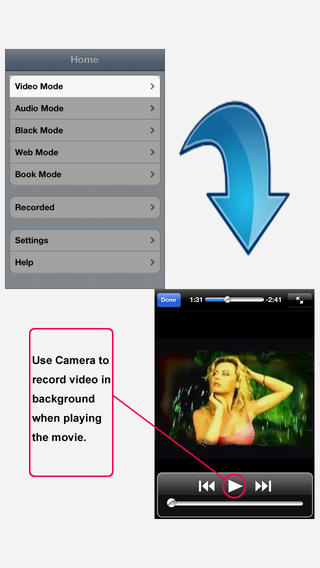 This app also comes with a number of features to facilitate the discreet nature of this app, including the ability to protect your videos using a passcode, so no one else can get to it. All recorded videos can be transferred to your desktop PC or Mac using iTunes.

There are many reasons to use such an app, ranging from the shy and private to the outright invasive and immoral. This is true for any powerful tool be it television, the Internet, or this app. All I will say is that the user use their own discretion when making the purchase and remember not to take advantage of unsuspecting people who may not wish to be recorded in their vulnerable moments. 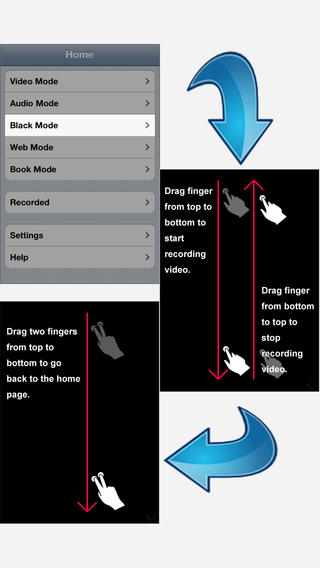 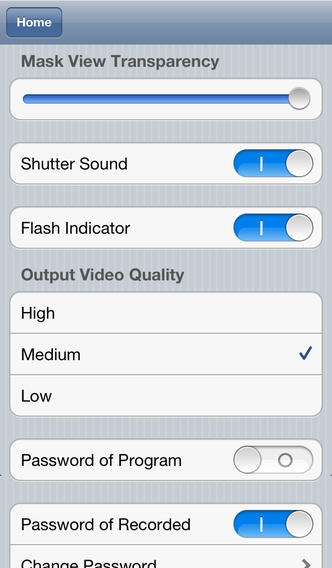 With apps such as 007's Vidicon - Spy Video Camera, there is always a potential for misuse, but they can also serve as important tools to, say, record crime scenes where the user might be under threat if caught capturing video. At the very least, you can use this app in Black Mode while you record your child's performances or a lecture without staring at your iPhone or iPad, but rather being in the moment.