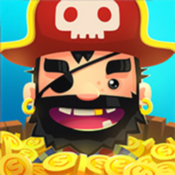 It seems that pirates don't just sail around the world blindly and steal from whoever they find; in fact, there is some strategizing going on, at least in the virtual world of this pirate games app.

This good pirate games app for iPhone can also be played on your iPod touch and iPad. It will have you attacking the islands of your friends so you can steal all their gold and build your very own Island Empire.

This game takes plenty of strategizing and can be enjoyed as a casual game or you can spend a whole lot of time on it.

Become a King of an Empire

Here's your chance to become a King and build your own Island Empire in the Pirate Kings game. This app gives you the ability to engage in multiplayer mode and take on all your friends as you try to steal their gold and money.

Your mission is very simple: you need to conquer the Seven Seas in order to build islands. By doing this you'll transform into the Ultimate Pirate King. You can connect through Facebook in order to play against your friends by stealing their loot; there are also millions of other players online from around the world.

The app is free to play but there are a number of in-app purchases available that range in price from $0.99 to $49.99 depending on what you'd like to purchase. 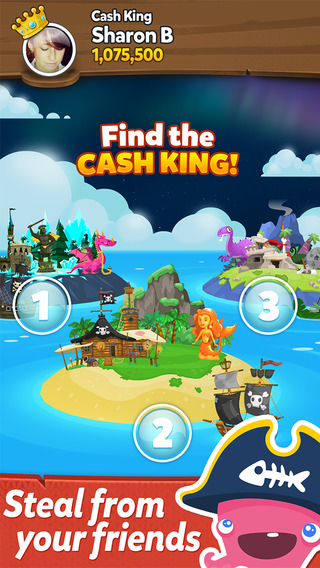 Don't worry, the Pirate Kings app is filled with features that impress users, starting with the fact it offers a real-time 3D experience. You can choose your flag and pirate avatar, then you're off to defend, attack, and of course steal plenty of loot from other players.

You are given free spins each hour so you don't have to ever stop playing, and there is a bonus mini-game offered on a daily basis. To add even more interest to the game there are plenty of upgrades and items to earn.

There are really two aspects to this game: you are working to loot from your enemies but at the same time you need to be careful because they are likely plotting their revenge on you. 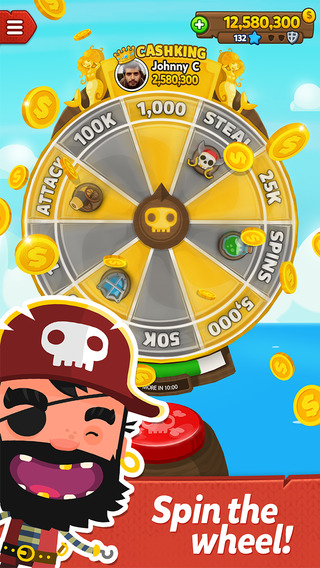 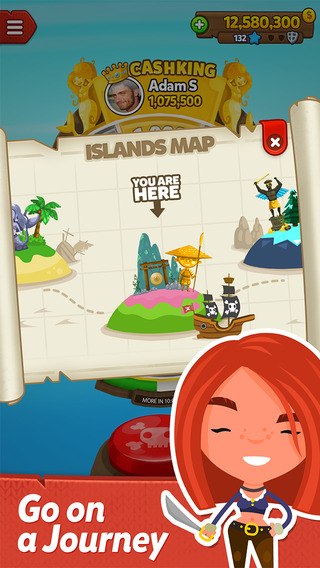 The Pirate Kings app for your iPod touch, iPad, and iPhone will have you sailing the seven seas in this adventure-packed online multiplayer game. This game packs in fun with challenge.