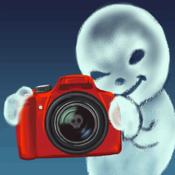 With Halloween around the corner, I have been looking out for apps that are season-appropriate, and Haunted Pics was one that presented a lot of promise. This is essentially a camera app for your iPhone or iPad that allows you to take spooky photos, be it to celebrate the festive season, or to pull a prank on someone.

You'll find this app in the Photo & Video section of the App Store, where it can be downloaded for just 99 cents and it only takes up 11.3 MB of space on your iOS device. Let's take a closer look at the features of this app.

Haunted Pics is essentially a camera app, so when you open it up, you will be taken straight to the in-app camera with a single button which you can tap to take the photo. The interface is really simple, stripped down, and straightforward.

When you take a photo, it is automatically saved to your Camera Roll, and you can be that it will feature a ghost, or what the developers try to portray as a ghost. These can be used to send out Halloween invitations or to simply prank your friends. 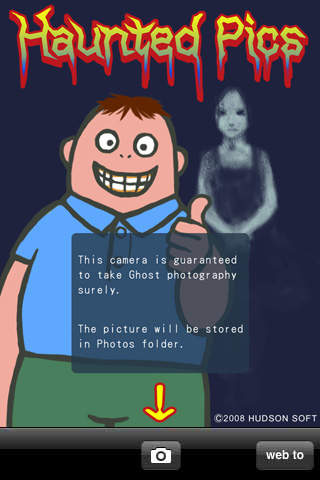 Capture ghosts in your photos

Spooky In More Ways Than One

When you go into the photos and check them out, you'll notice that a scary, spooky, or downright silly image of a “ghost” form has been automatically superimposed onto your photograph. As a rule, I found that darker photos tend to produce better results in that the form is more visible in those.

Frankly, I found the results of the app quite underwhelming because the images simply don't look as good as they could. Photo-editing apps on the iOS now allow us to achieve amazing things, and this app's functionality makes it seem like it was created in the previous century.

Had the developers put in a bit of effort to give users control over the form image style, selection, and placement, then it would have made for a far better app. 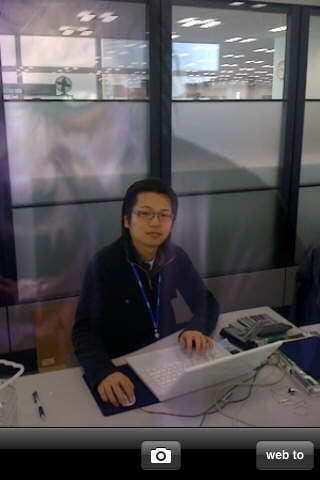 From the subtle and scary 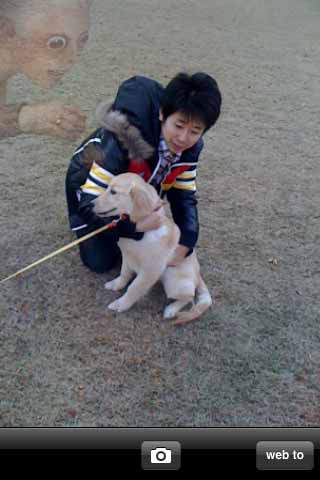 To the downright hilarious

Although Haunted Pics can be used to throw on a spooky touch to images, is it worth the 99 cents? My verdict is that it isn't, because there are iPhone and iPad apps available which do a lot more for a lot less.