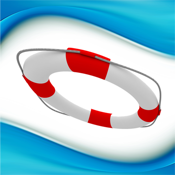 Are you the captain of your own ship? If so, we've got the perfect app for you. The Captain's Toolbox app for your iPod touch, iPad, and iPhone has been created to offer users ship navigation tools as well as a number of other handy features. It doesn't matter if you only manage to get out on the water a few times a year or on a weekly basis; this app can certainly come in handy. The idea is that it acts as an all-in-one tool that is able to replace the need for having to bring multiple books and guides with you.

The Captain’s Toolbox app acts as a one-stop-solution in a sense as it tries to replace the need for multiple guides and books that you may usually bring with you. As mentioned this app is great for those who are out on the water on a regular basis and those who only set sail once in a while. What's great is that the app stores all the information on your device so that it's available to you offline, which is ideal when you're out on the water.

The app currently has four out of five stars from users, which is a bit surprising since it hasn't had any kind of major update in years. The customer comments are mixed in that users appreciate the information it provides but it seems to suffer from bugs and often crashes. Obviously at this point it could do with some improvements and enhancements. 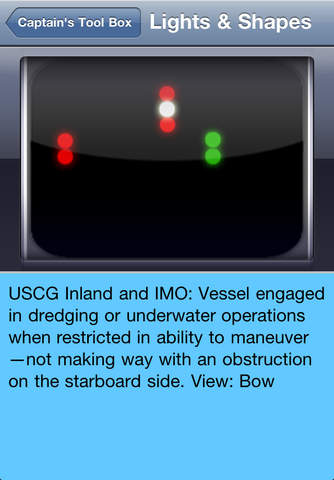 The app replaces a number of resources

What the App Offers

So the question is, what exactly does The Captain’s Toolbox offer? The name of the app is really quite fitting as this is a toolbox of sorts providing sailors with a variety of user-friendly tools. The app features information on maritime navigation lights and shapes, maritime flags so you never are left wondering what a particular flag means, is able to provide your current GPS position, and it features the International Regulations for Preventing Collisions at Sea (COLREGS). This is all the kind of information you may normally have to bring along in various textbooks and guides.

Additionally there is a marine VHF and SSB radio that offers examples, procedures, channels, phonetic alphabet, and frequencies for those who use VHF in either the U.S. or Canada. As well there are SOLAS symbols, a handy unit converter, wind bards which is a reference wind charting system, Morse code information, information regarding cloud formations, a glossary of common yachting and Maritime terms, and sound signals. 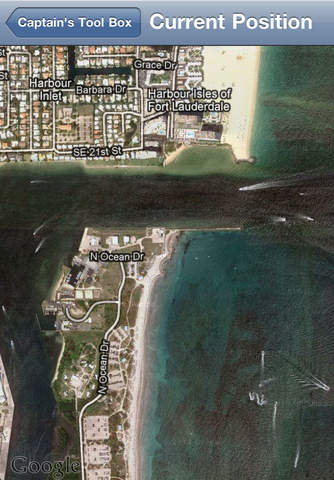 Use this app to plot your GPS position 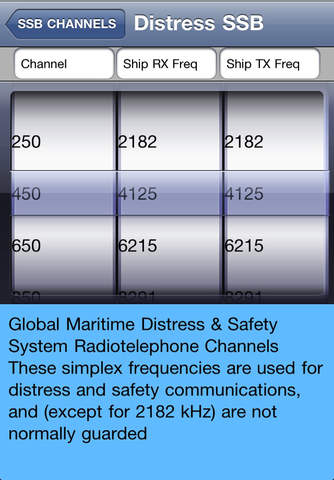 The Captain’s Toolbox app for your iPod touch, iPad, and iPhone has the potential to be a very useful tool but at this point it is in need of updates and enhancements.