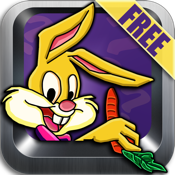 Bunny Crunchy is an iPad and iPhone game that features a yellow bunny that will eat anything. There are, however, a few items that will not feed your bunny, and will hurt it instead.

The concept of Bunny Crunchy is very straightforward. All you have to do is move the bunny using either the onscreen joystick or your tilt sensor. Move the bunny to the food to catch the food, and earn points! It’s that easy. There are some objects that are not food, and will take your bunny’s life.

You start the game with three lives, and capture the food until you run out. Initially, I didn’t realize that the crown wasn’t edible. I know that sounds funny, but I thought it represented a food. There is also bacon that looks like an eraser, but it’s edible.

I found the joystick to be easier to control, but I’m not that great with my tile features yet. With the joystick I was able to move up in the trees to get the food before it went down to the ground, whereas when I was trying the tilt, I was only on the ground, and my bunny pretty much just slid from left to right without any control in the middle. 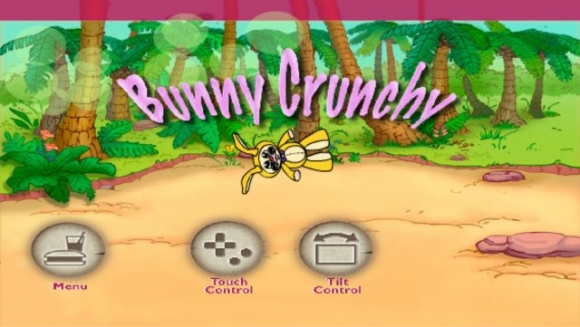 Bunny Crunchy also teaches a little about nutrition. The healthy foods like tomatoes and carrots are worth more points than the lollipop, or the ketchup. There are a few condiments that at first I wasn’t sure if I should try to catch, after all getting hit in the head with a ketchup bottle hurts!

As mentioned above, the game is extremely straightforward, with just side-to-side and catching the food. My kids appreciated this because sometimes you just want an easy game to play. I appreciated that they were shouting “Get the carrot!” rather than “Get the lollipop!” I’d much rather than be excited for healthy choices, especially after Hallowe’en. 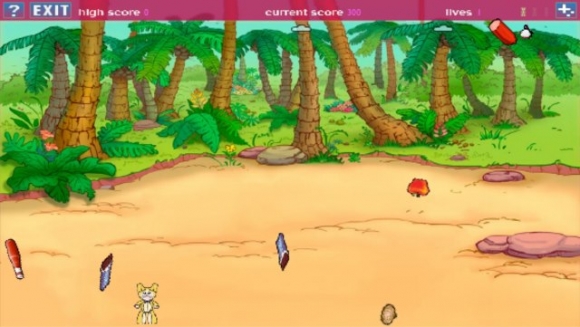 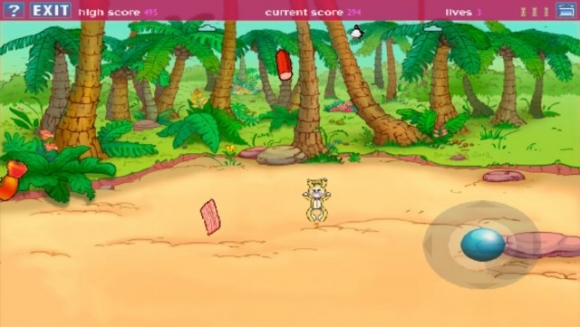 Bunny Crunchy is an iPad and iPhone game that uses your tilt feature to control the movement of the bunny as it catches healthy food to eat. I enjoyed showing it to my kids because it is so easy to pick up, and I got a kick out of them crying “Catch the carrot” and other healthy things. It was hard to distinguish between the unhealthy items at first, but once you identify what they are, it’s easy enough. Overall, I really enjoyed this game because it is so easy to pick up. Even my two-year-old was able to tilt the bunny back and forth to catch the food.