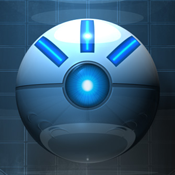 Here's a game that offers a complete escape and will push logic to the limits as you try to solve these brainteaser puzzles. The Nexionode app can be used on your iPod touch, iPad, and iPhone and isn't just your average brainteaser puzzle-style app because this one features an engaging backstory. You can’t help but become invested in this sci-fi thriller the feels ominous and dark. It's up to you to help the very last colony of humans as their broken-down spacecraft is doomed without you.

Step Up to the Plate

In Nexionode you will be stepping up to the plate and offering help to a small team made up of two felines and two humans. You're here to help a spaceship that is doomed to destruct so it’s up to you to solve the puzzles and figure out what's really going on and how you can help. Puzzles include such things as getting through a reactor meltdown, figuring out some rather confusing circuits, and plenty more. This game puts to the test a variety of skills: you'll need to think quickly, react quickly, and at the same time, think about the logic behind these puzzles.

In its last update the app featured a handful of bug fixes and now supports French as well. There is no customer rating or customer comments as of yet. It should be noted that the game doesn't contain any ads to clutter up the game board nor does it require any in-app purchases. 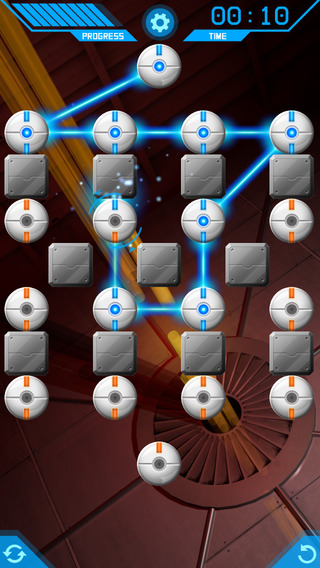 Graphics that feel polished and professional

I find that the Nexionode app is a mixture of bumps and triumphs in a sense. When you first launch the game it feels incredibly slow and sluggish but then once you've gotten into the game it moves along well. The graphics are very polished and you can see there was a lot of perfecting that went into them. While it doesn’t necessarily contain a bunch of flashy animations it’s still very impressive. The gameplay tends to be quite smooth, responsive, and the controls are easy to understand. I like that because there are no ads in the app because that means the gameboard covers the full screen, giving you a more immersive experience. It also makes it easier to use the controls. Navigating the game is simple, you've got all your stats and settings menu accessible on either the top or bottom of the screen. 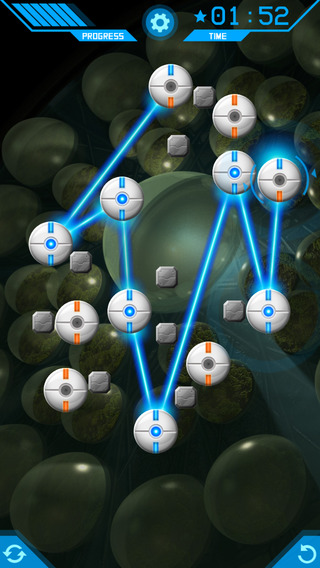 It's all a matter of logic 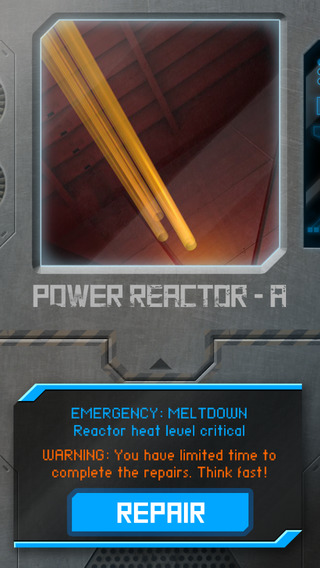 The Nexionode app for your iPod touch, iPad, and iPhone is a fun sci-fi adventure that really puts logic to the test through addictive and challenging gameplay.