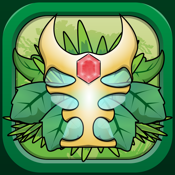 Heget the Challenge app review: a fun concept with an itsy bitsy character

Heget: The Challenge is an iPad and iPhone game that challenges you to complete missions in one of three modes. You are a tiny little dragon, and must complete the levels to move on.

Heget: The Challenge really is a challenge. The dragon is about half the size of a grain of white rice on the iPad. On the iPhone, I couldn’t even really see the little thing. All you have to do is complete the given mission, such as attain nine mushrooms. Your dragon has to avoid the crazy hazards, and keep from falling down to the bottom of the level once you manage to get him to climb to the top. He moves very quickly, and shoots fire too.

To move Heget the dragon, you have left and right arrows at the bottom left, and a jump and fire breath bottom at the bottom right. I am not very good at video games, and got frustrated quickly with trying to get the miniscule dragon from the ground up to the platforms without hitting my head on them, or getting obliterated by the hazards or enemies. I even gave it to my husband, figuring "he’s a gamer, maybe he can figure it out and get a better feel for it than I can." Nope. He passed it back in under five minutes. 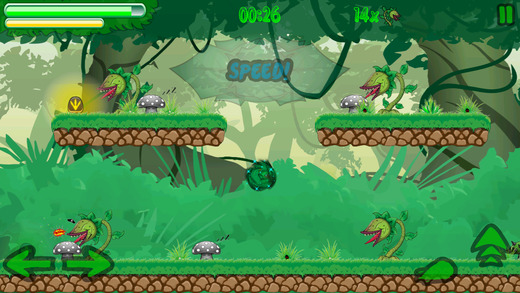 Heget: The Challenge has an older platform feel that looks a lot like the original Super Mario Bros. I didn’t mind the look and feel, and the movement of the characters and environment was smooth and natural. The only issue I had was that the character you are moving is too tiny. It took me a few seconds to figure out what I was controlling, and then I couldn’t get a feel for the speed. I eventually managed to get Heget to jump to the higher platforms, but then I couldn’t tell which items were the mushrooms I was supposed to be collecting, because they were so tiny.

The main thing that the developer needs to sort out is size. If the objects were larger, and I could see them, then I would be better able to discern the objectives, and where my character was! The green-on-green is also tricky, but if the character was larger than this would not be such a big deal. 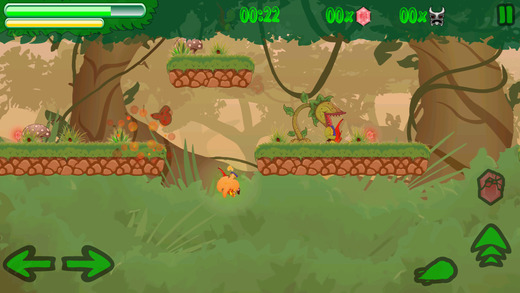 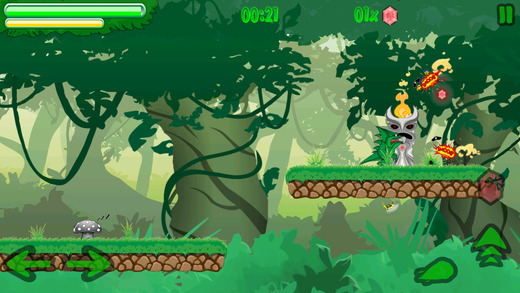 Heget: the Challenge is an iPad and iPhone game that encourages you to help Heget, a frog-like creature that resembles a dragon, to recover his memories to discover who he is. There are many modes to play, but it is difficult because Heget is half the size of a white grain of rice. He is tiny! The objectives are tiny too, and he moves very fast. Once you get a feel for the speed, you can better control Heget, but it takes a while. Overall, I think they have a fun concept, but it needs more development to work out the quirks.