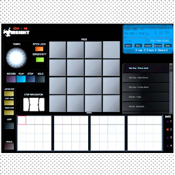 IDX-16 is an iPhone and iPad app in the Music category of the App Store that is supposed to offer a range of drum sounds and audio samples but unfortunately it is barely usable so is best avoided altogether.

This app is a huge disappointment; most of the time the interface doesn’t work properly, and then every so often you’ll find some buttons that do work. This lulls you into a false sense of security before everything goes kaput again! Stay away from this one!

Every so often I’ll come across an app that just seems to be so lazily developed that I would rather believe it is unfinished rather than assume neglect on the part of the developer.

I suppose this all amounts to the same thing in the end, as is the case with IDX-16.

IDX-16 is a drum sampler app that is designed to offer beat creation tools so that you can lay down percussion tracks for your songs and export them into other apps, but it is almost entirely non-functional.

I would recommend saving your time and instead invest in a music app that has received more praise from users. That way you’ll be able to get your money’s worth. 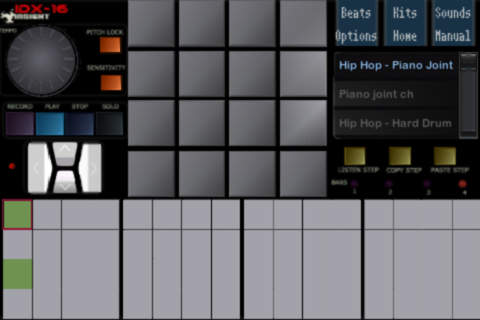 I would strongly advise against wasting your time with IDX-16 as you will very quickly want to delete it from your iPhone and iPad after downloading it.