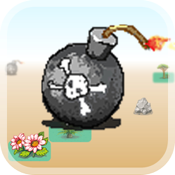 Infinite Mines app review: the next evolution of Minesweeper

Infinite Mines is an iPad and iPhone game that is similar to Minesweeper, but you do not lay down the mines. You must still avoid them or the game is over, but you must rely on your problem solving skills to detect which spaces are safe.

Infinite Mines is a Minesweeper-like game that requires you to avoid the many mines, while also laying down and discovering items. This game is more difficult than the traditional Minesweeper, in that you cannot mark mines around the numbers, and you also must click boxes that are already connected to the part of the grid you have revealed.

I tried this game because I really enjoy Minesweeper. The game has objects to collect and lay down to gain more points as you go, and the numbers start off big rather than the ones and twos that are common in Minesweeper.

Some of the objects are trees, flowers, or rocks, and skulls. Sometimes they’re revealed, and sometimes you get to make a decision. There are also tools to collect. There’s a wrench, a shovel, an axe, and a cross. The wrench disarms bombs, the shovel moves rocks, the axe chops the stumps, and the cross clears the skulls. Infinite Mines is not an easy game. There is strategy to figure out which square to click, but you are limited to the green squares. If you click the only green square left, then you are stuck. If that last green square hits a mine, then you’ve had no choice but to end the game.

The app does link up with Game Center to compete against your friends, but it is a one-player game so you compete in high scores. 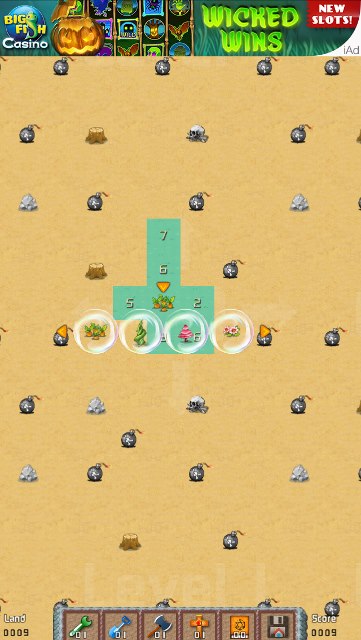 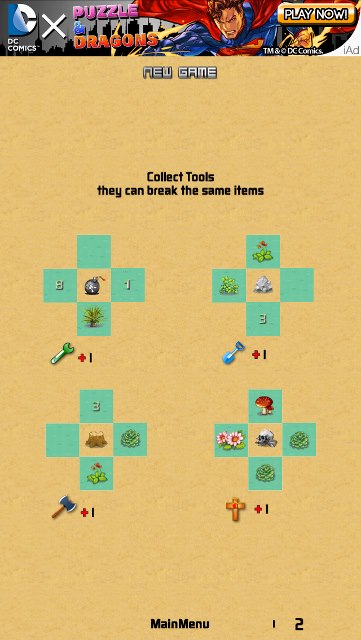 Infinite Mines is an iPad and iPhone strategy game that is similar to Minesweeper in that you must clear the area safely without hitting any mines. This is where the similarity stops, as you do not flag the mines in this game, you run right up to them and hope that you don’t get blown away. I love this game, even though I find it difficult and sometimes frustrating. The new take using objects and tools is refreshing, and I will be playing this in my waiting room time for a while!