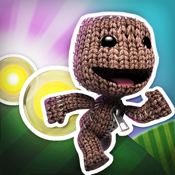 Run Sackboy! Run! is an iPhone and iPad game in which you must avoid goo and the grumpy Negativitron. Dash to escape, and enjoy the ever- changing world of Sackboy.

Run Sackboy! Run! Is a running game full of power-ups, upgrades, stickers, and prizes. Initially I was confused at the lack of controls, but once I figured out how to jump from the platforms as my character was running along, it got easier to figure out game play. I’ve been a fan of this cute little bean bag character ever since he came out for the PlayStation, so when I saw this on the App Store, I had to give it a try.

The game is easy enough, as all you have to do is tap to jump, tap hold to jump high, swipe to run faster, and jump over enemies to defeat them. The trick is in collecting enough orbs to get earn the costumes, and not getting captured by the Negavititron. It is always right behind you, and if you’re not fast enough, or get stuck in the goo, then you will easily be caught. 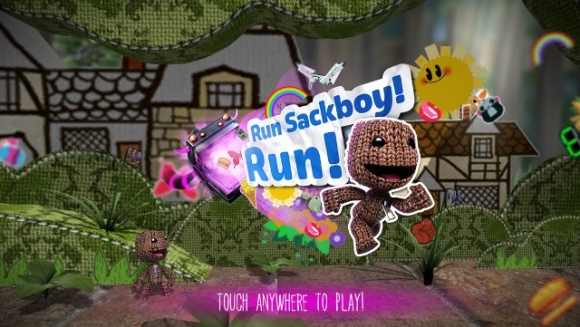 Run Sackboy! Run! is a fun game for all ages from about six right on up. It is easy to get the hang of, and then you keep going from level to level earning as many points as you possibly can, collecting orbs, and changing costumes when you’d like.

The app is fully functional without any purchases, but you can elect to save up your orbs to buy more costumes, or make in-app purchases to skip ahead. These are just costumes though, so it isn’t a great benefit if you do so.

There are a few obstacles such as pits of goo or spikes of death, and these are easily avoided by jumping over them. I liked how easy it was to learn to play the game, and that you can get to the platforms fairly easily rather than struggling over and over again to meet the milestones in the game. 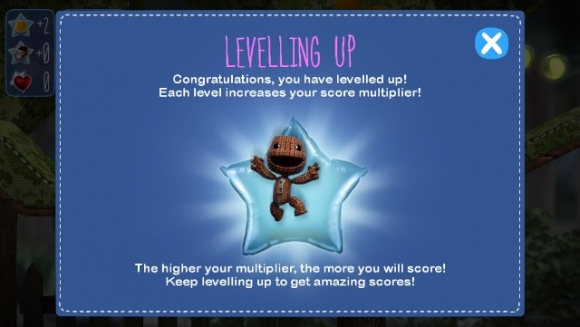 Run Sackboy! Run! is an iPhone and iPad game that tests your dexterity and perseverance. All you have to do is run Sackboy from start to finish, but there are obstacles, and the ever-encroaching Negativitron to eat you up. It is a fun game, and although I’m not a gamer, I did enjoy playing this game with the cute Sackboy. I have enjoyed LittleBigPlanet since its release a few years ago, and this is a nice mini-game that has been released for iDevices. Overall, it is well-developed with great graphics, many levels, and smooth background scrolling. I would recommend it to anyone who enjoys LittleBigPlanet, or runner games.