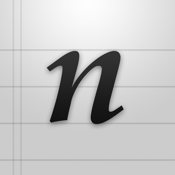 Here's a way to make notes in a simple yet powerful way that features Dropbox backup capabilities. The Notesy for Dropbox app can be used on your iPod touch, iPad, and iPhone and acts as a the perfect streamlined way to make notes. Thanks to this tool you'll be able to create notes, rename them, edit them, and of course delete them whenever you want. It’s really a full-feature tool that can make your life a lot easier.

The Notesy for Dropbox app may just become your new favorite text editor for any writing and note-taking you plan on doing. This app works both online and offline so that when you're online any notes you've taken will be backed up to Dropbox. It's more than just a typical Dropbox file editor though, as this one goes so much further. Use this app to create, delete, edit, and rename notes whenever you like even if you're out and about. The notes will be automatically synced to Dropbox so you never have to worry about them. Privacy is always the utmost priority and you're able to keep your notes secure thanks to a pincode lock.

In its latest update there was a minor bug fix to give users smoother performance. The app seems to be hitting the mark with customers who have given it 4.5 out of five stars. As you read through the comments the majority of them are positive and appreciate that files never get lost and that the app is smooth and simple to use. On the flip side some customers would like to see a few more tweaks made to the performance and stability of the app. There are no ads and at the same time there are no in-app purchases. 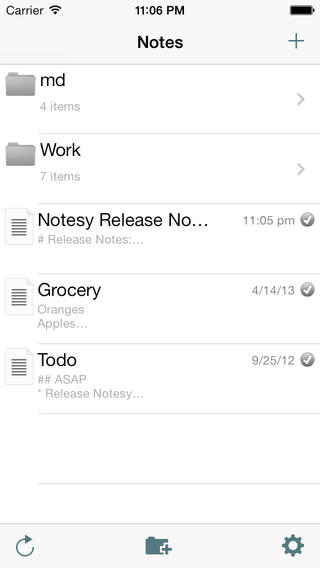 Organize your notes in files

Features That Stand Out

The Notesy for Dropbox app offers a handful of features all meant to make the user experience that much better. Use this app in both portrait and landscape mode, your notes will always be stored as plain text, it allows you to use folders and sub-folders, and you can use the app from other apps. There is VoiceOver support, TextExpander support, and support for Markdown. You can move between notes without having to go back to the folders, saving you time and hassle. The user interface itself feels a bit bare and not overly impressive but it gets the job done and that's the important part.

There are a handful of features for users 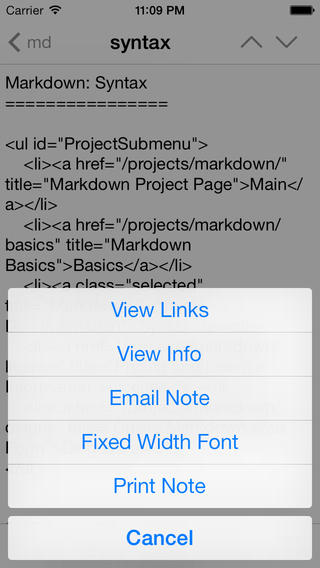 Keep your notes private by setting a pincode

The Notesy for Dropbox app for your iPod touch, iPad, and iPhone strives to be your go-to all-encompassing note taking tool thanks to its helpful tools and features.