Union - Masking and Blending is one of the best image-blending apps available for the iPhone and iPad. This app will allow you to create some stunning visuals out of the photos already present in your camera roll.

Users will get access to tools that allow them to combine photos, remove backgrounds, and do much more with precision as they zoom right into the fine details.

Let's take a closer look at the features of this app.

Union - Masking and Blending makes a fine addition to the Photo & Video section of the App Store. You can download it to your iDevice for just $1.99, which is a fair price for a photo-editor of its caliber. It's also been touted by the likes of Gizmodo, TechCrunch, and Cult of Mac so it's a well-vetted app which has passed the scrutinous tests of various critics, including the ones at AppPicker. Tangent and Fragment are some other fine apps developed by the makers of this one, Pixite LLC.

Users will be able to create some amazing double-exposure images of professional quality, which is suitable for pros and amateurs alike, allowing users to unleash their creativity in new and unique ways.

The editing area is vast and ad-free, allowing users to focus only on the images without any distractions.

The best photo organization apps for iPhone and iPad 2020 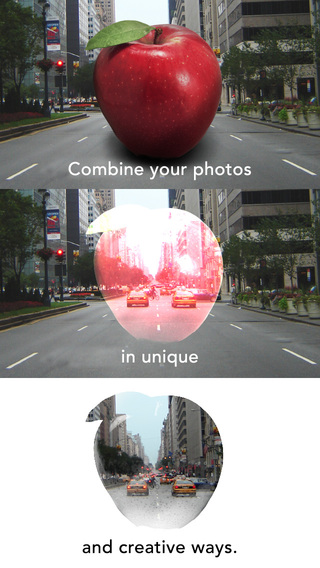 Working in layers, users will be able to import photos from their camera roll that will be used as background and foreground. Alternatively, a shape or solid color can also be used as a layer.

The foreground image can then be worked on, so you can cut out, or, "erase" all the areas by making use of the tools, all of which are precise, and very ease to use. You can then move the foreground image around and even resize it until you think everything is perfect.

The magic lies in the next step, where you can make color adjustments. Unlike other apps that just let you slap on two layers of photos together, this one will ensure that your work looks like a single, seamless image rather than two photos put together. By adjusting the color composition, you will be able to achieve an unprecedented look.

Finally, users can save their full-resolution file and make use of the social media integration to share their work of art on Instagram, Facebook, and Twitter. You can also send this image as an attached file in an email. 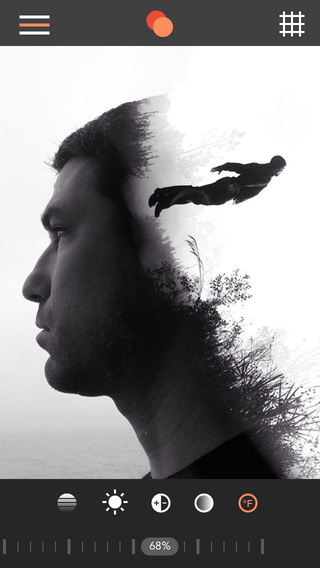 Union - Masking and Blending is the kind of app to which you'll quickly get addicted. The user-friendly interface combined with the high-precision tools allow users to create anything they conceive, no longer limiting them to the basic nature of most similar apps. Get this one on your iPhone or iPad if you want to add a set of awesome tools to your photo-editing inventory.