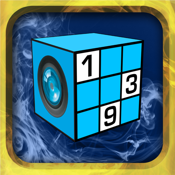 Games don't have to be filled with flashy graphics and deep storylines in order to be entertaining and challenging. The Sudoku Magic app for your iPod touch, iPad, and iPhone gives you a chance to enjoy the game of Sudoku in a mobile way. All you have to do to use this app is snap a picture of any Sudoku puzzle and then you automatically have it stored in the app so you can start playing it. Pictures can be taken from a magazine, a newspaper, a book, or even a computer screen. It’s about giving players a more mobile way to enjoy the game.

No Need to Drag Along Items

Now there is no need to drag along a pen and your Sudoku book just to enjoy the game. The Sudoku Magic app gives you a quick and easy alternative because all you need to do is use the device's camera to capture the puzzle and then play it on your screen. You can snap a photo of a puzzle just about anywhere: in a book, magazine, newspaper, or on the computer screen. The app uses its own playing interface to then create the puzzle in the app and give you the ability to start playing. There is no limit on how many puzzles you can solve.

The best iPad apps for puzzles

The app was updated earlier in the year with some minor bug fixes. As well it now supports iPhone 5. The app has four out of five stars from users and users generally seem happy with it. 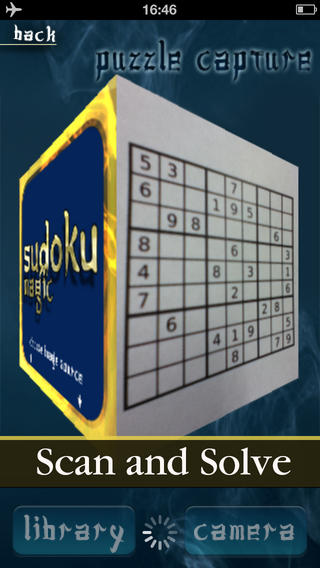 The Sudoku Magic app keeps things user-friendly and simple yet there are still a handful of features and tools. You'll be able to use the hint button to help you solve a puzzle, pencil markings can be added, there are redo and undo buttons, and you can choose to have your mistakes highlighted. The app is even able to give a ranking to the puzzle to determine its difficulty level so you know what you’re in for. When you snap a photo of a puzzle you may also want to add a tag to remember where the puzzle came from, if that is something that matters to you.

There is no need for an Internet connection to play the game and if you have to stop mid-game the app saves your progress. The same goes if you receive a call mid-play so you won't lose your work. 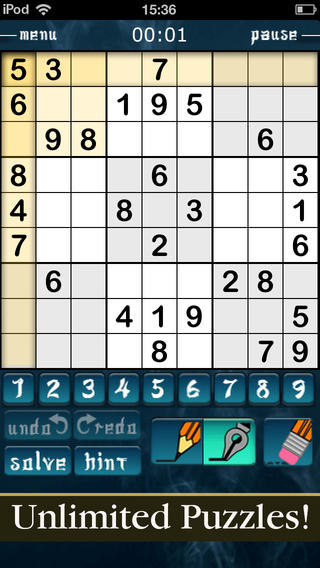 Play as many puzzles as you want 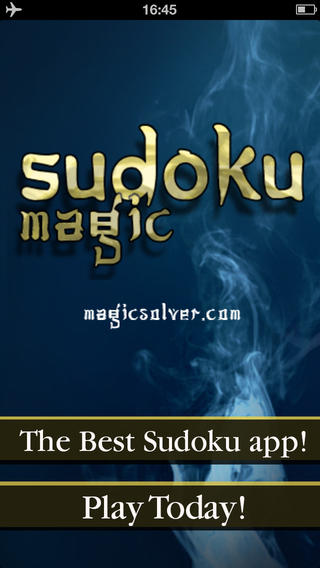 With 4 levels of difficulties

The Sudoku Magic app makes it possible to easily enjoy Sudoku puzzles no matter where you are and without the need of a pen/pencil and a book of puzzles.