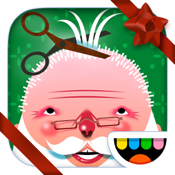 Toca Hair Salon - Christmas Gift is a fun dress up game with a holiday theme. The two characters to style are a tree-headed creature and a Santa.

Toca Hair Salon - Christmas Gift is a fun holiday themed game for kids to play while styling the characters. Your child can choose between a Santa character or a tree-headed creature. Each will make happy or dissatisfied faces as your child styles, and it's quite funny. When I cut all of the tree's needles off, it had quite a sad face, but then once I decorated it a bit with the ornaments it became happier.

Similarly, when you give Santa a crazy hair cut to his beard, smash his mustache oddly, or leave his eyebrows all askew, he gives a sad face that is quite honest! Your child can paste more hair back on, color the remaining hair, and add ornaments to Santa too.

This game is under the educational section, but it is mainly for fun. If playing with your toddlers, you could ask them their colors as you go along, but other than that it is object recognition such as a comb to brush the hair, scissors to cut, or the colors to paint. 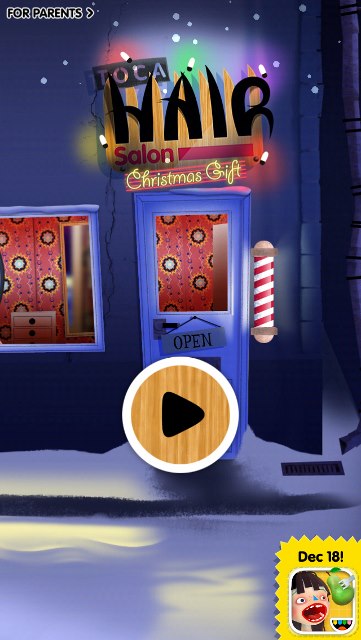 As with other Toca games, Toca Hair Salon - Christmas Gift has cute characters to play with. My kids like the Toca games for the well-thought-out characters that are animated well, yet very simplistic if my six-year-old, for example, wanted to draw them.  She loves to play the Toca games, and then draw them in her own renditions during free time. I don’t let my kids play on the iPad or iPhone endlessly, and she really loves to draw and color. With the simplistic features of the Toca characters, she can extend her fun into her drawing. 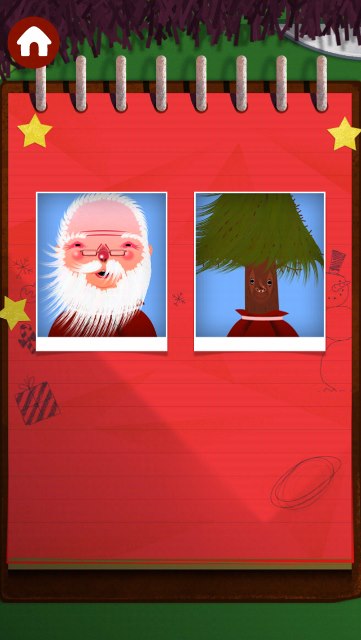 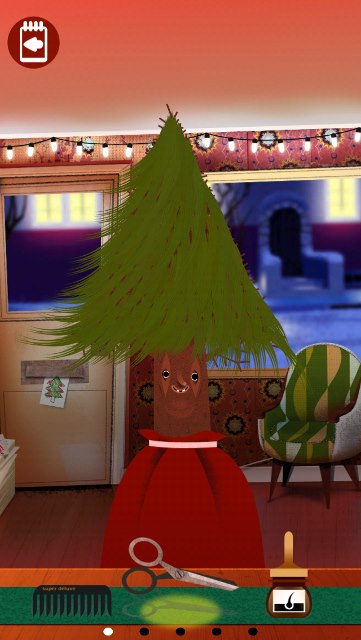 Toca Hair Salon - Christmas Gift is a fun game for kids to play to style Santa’s hair or the tree-headed character’s needles. It is an iPhone and iPad game that kids can take with them during the upcoming holidays to pass the time in the line waiting for Santa, driving to family dinners, and whatever else you have planned. Overall, while the game is simplistic, it suits the preschool to early school audience well, and the kids like it.