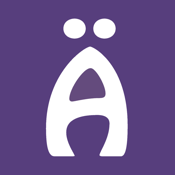 Creating agreements is often an arduous task and despite the immortality of the written word, ambiguity often gets in the way of keeping agreements. agreelet is an iPhone and iPad app designed to circumvent this issue.

What we have here is a system where a user may come up with a "micro-agreement," and then send it over to the concerned party. If the receiving party accepts, the agreement gets stored in the agreelet cloud, with no scope for modifying the original agreement.

Let's take a closer look at how it works.

agreelet can be found in the Business section of the App Store, where it can be downloaded completely free of charge. It also only takes up just 0.3 MB of space, so provided that you have a good internet connection, you should find the experience of using this app very smooth and powerful.

When you first fire up the app, you will be asked to register your phone number with agreelet. You will have to type in your number, after which you'll be sent a registration code to be input into the app.

Once you've confirmed your identity, you can start creating micro agreement proposals within minutes!

The best iPhone and iPad apps for house and apartment hunting

The way it works is that when you create a new agreement, you will first have to make a proposal. You will be assigned an "Agreement ID" for reference purposes. You can then enter the mobile number of the recipient, and write the text that you'd like to state as part of the agreement.

Once you're done, send over the proposal for the perusal of the receiving party. If they accept your proposal, then your agreement will forever remain sealed in the agreelet cloud.

Users can organize their agreements using the in-app folder management system, and by using hashtags in the text of the agreement so they can be easily found. 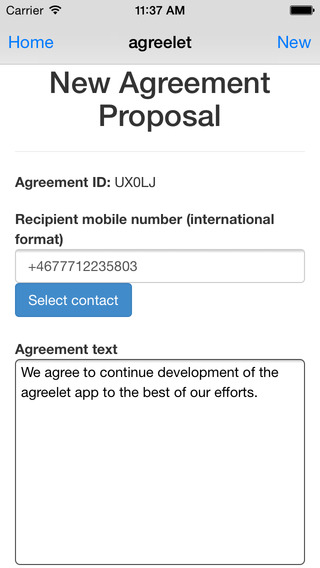 I think that agreelent is a simple yet ingenious concept, applied and executed very well for iPhone and iPad users! This will allow users to quickly make agreements, whether in a freelance, semi-professional setting, or between friends.

If you're in the market for a utility such as this one, I'd highly recommend agreelet!