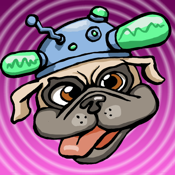 Hidden Objects app review: it's time to put on your detective hat

It's time for you to dust off your detective hat and put your sleuthing skills to use. The Hidden Objects app for your iPod touch, iPad, and iPhone is a brand-new release where you will be stepping into the shoes of Detective Sherlock Pug in a case that involves the rather evil Skindiver. It's up to you to solve this rather unique case that is presented in the form of a comic book complete with comic book superheroes that are helping out on the case.

A Number of Genres in One

The Hidden Objects game is obviously one where you will be looking for clues but it's also a combination of a number of popular genres: mystery, humor, and comic books. This combination isn’t always found, especially in a hidden object-style game. The case involves the shadow of the very evil Skindiver who has taken over Oddopolis. It seems the police force is completely perplexed so that's why Detective Sherlock Pug has taken over and called upon the super heroes to lend a hand. This isn't just an app filled with random objects to find; instead, the case will be unfolding as you go making it really engaging and quite addictive.

Because this is a new release there aren't any updates, customer comments, or a customer rating at this time. This offering requires iOS 5.0 or later to use. 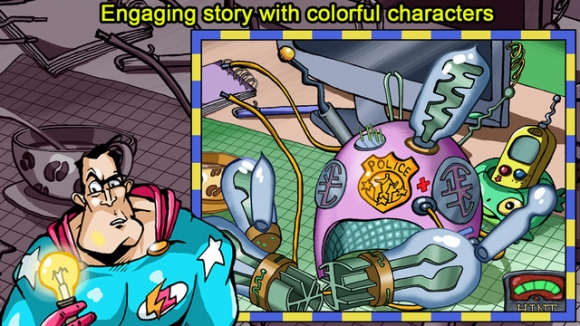 Step into a comic book and solve a mystery

Here's your chance to feel like a super hero and step into the pages of a comic book. But you won't just be in the pages! You'll be the one solving the mystery by finding the clues as you go. You'll encounter all kinds of fun characters along the way, the environments are always interesting, and the clues themselves offer a real challenge to find. The app is supported by Game Center, which is a big bonus for all those who like added competition. When you launch the app you are given the back-story so you get an idea of what has happened up to this point, and then you’re ready to start solving the case.

You’ll notice each of the scenes offers a large amount of details and no scene ever feels like the one before so you're always digging and feeling as though things are fresh and new. If you’re into hidden objects games, this one is very well-done. 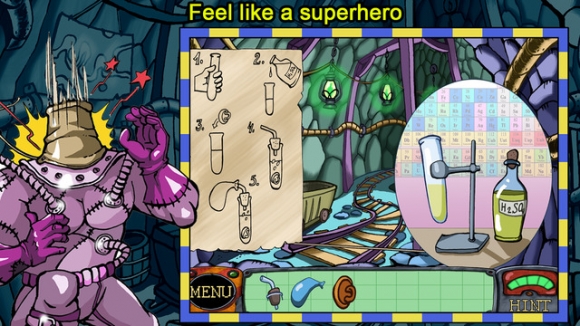 The story is engaging and intriguing 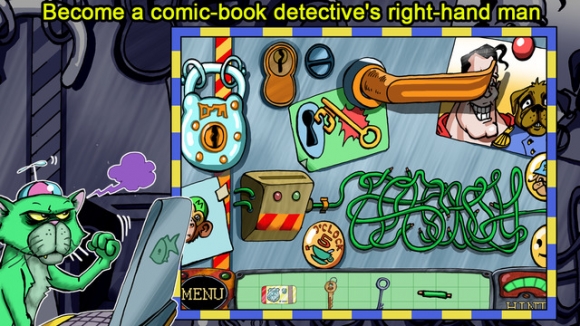 The Hidden Objects app for your iPod touch, iPad, and iPhone gives you a chance to become a detective in a really fun way. The graphics are what stand out in this app and make it feel unique.