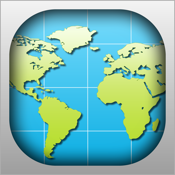 World Map 2014 app review: carry the world in your pocket

World Map 2014 is an app designed to help users carry around the map of the world with them wherever they go, on the convenient and handy medium of the iPhone or iPad.

Currently this app is available for 99 cents from the Reference section of the App Store, though its normal price is $1.99.

Let's take a closer look at this app.

World Map 2014 takes up just 20.5 MB of space on your iPhone or iPad, and within this space, it packs three large world maps, including a political map, physical map, and a special map demarcating time zones.

The app is fairly intuitive and user-friendly, and maps are displayed in full-screen without any ads or other clutter obstructing the view.

Maps on World Map 2014 are updated regularly, ensuring that users get the most reliable information as and when changes occur on the landscape.

Speaking of landscape, users can view maps in both portrait and landscape modes! 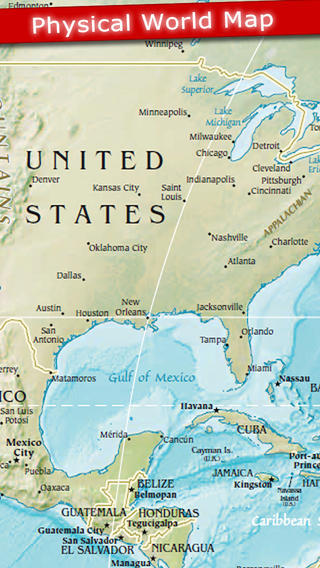 Switching between maps is easy as you can do so by tapping on the button available on the top left corner of the screen. Users can also zoom into the maps for a better, closer look.

Unfortunately, I found that the quality of the maps wasn't quite as good as I expected. The sharpness and quality is compromised when you zoom in. Furthermore, the entire map of the world cannot be viewed in one go, which is something I hope the developers can change in a future update! In an app called "world map,"one would expect to be able to view the entire world map at once, even if the details would be too small to catch on the iPhone or iPad screen. 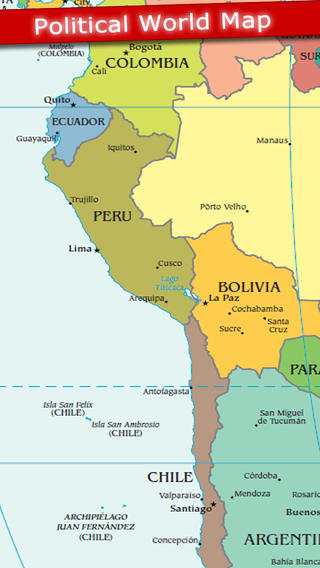 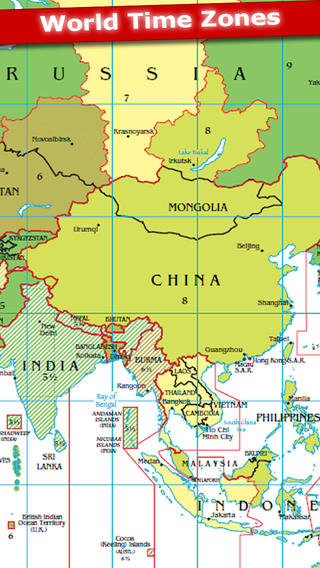 Although there is some room for improvement in the World Map 2014 app, I still think it serves as an excellent reference guide that you can carry around with you on your iPhone or iPad and quickly refer to when you need it.