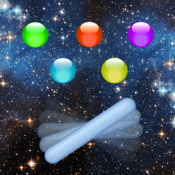 If you’re tired of the easy one-tap games available for the iPhone and iPad, and are looking for a new challenge, then Strike The Balls is a game that you'll want to check out.

This game can be found in the Games section of the App Store, where it can be downloaded completely free of charge. The game takes up just 16.5 MB of space on your iOS device.

Strike The Balls boasts a really pleasant-looking user interface which has the game set on the backdrop of what looks like a long-exposure shot taken from the Hubble Space Telescope.

This is a very simplistic game right from the menu options to the gameplay. The menu will show you "Level 1" when you begin playing and will resume from where you left off as you proceed through the game. 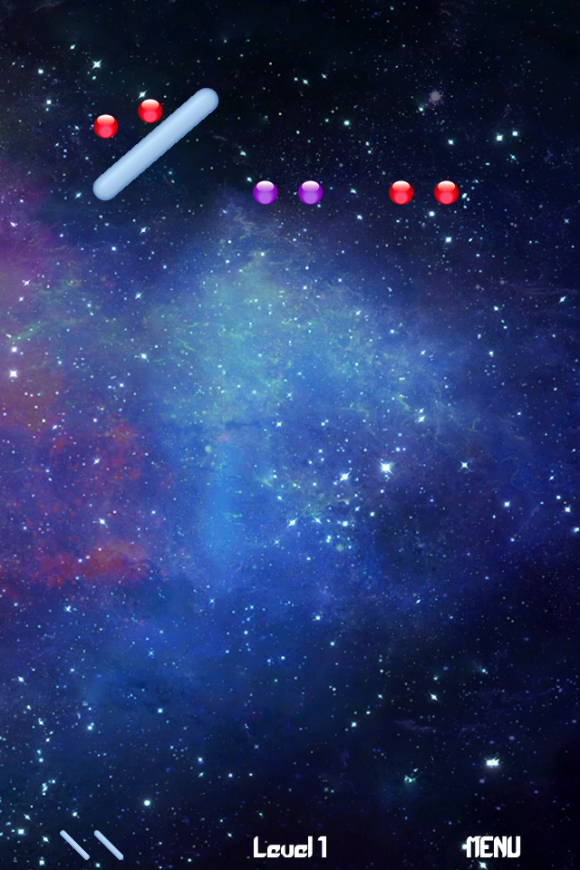 Strike The Balls' gameplay features a rotating stick at the bottom of the screen. Users must tap on the screen in the direction where they wish to make the stick go, which would generally be towards the colorful balls present on the screen. The objective of the game is to use the stick to knock away all the balls from the screen.

The game features a realistic physics engine, so the stick is perpetually rotating in place at the bottom of the screen, and users must tap near the balls to make the stick go flying. This is all about timing, to ensure that the stick hits as many balls as possible. Users get three tries (or sticks) for each level. 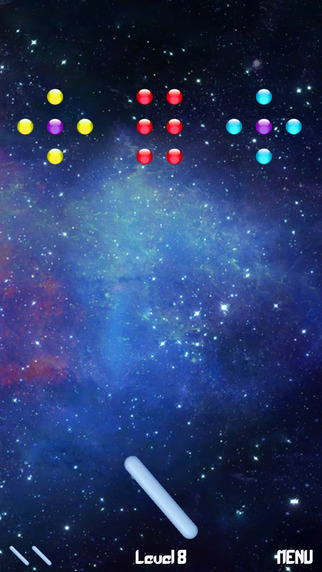 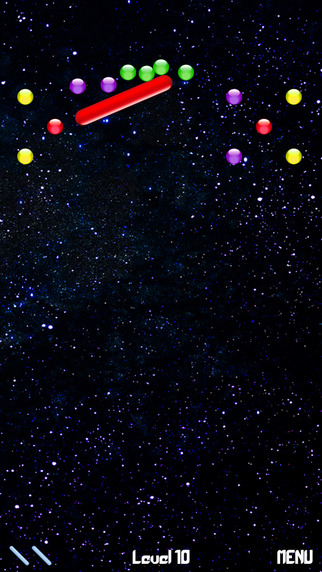 Strike The Balls is a simple yet highly addictive game which will have you jumping with joy when you clear a level and pulling out your hair when you can't win. I think this is a very fun game that's sure to make a great addition to anyone's iPhone or iPad game collection.