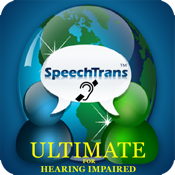 Download from AppStore
We'll notify you of price drops, news, and updates for this app.
$29.99
iPhone / iPad
Genres:
App profile

For those who are hearing impaired you are likely well-versed in how closed captioning works on your TV. Well now we have an app that performs in a similar kind of way. The SpeechTrans Ultimate For Hearing Impaired can be used on your iPod touch, iPad, and iPhone and transforms your mobile device into a useful hearing tool. All you have to do is press Record and let the person speak to you, then the device picks up on the words and displays it in text form on the screen.

There's no reason that being hearing impaired should have to affect the quality of the conversations you have and that's exactly where an app like SpeechTrans Ultimate For Hearing Impaired can come in handy. Not only will it be able to translate into text on your screen what someone is saying to you but you can then type your response and it will be spoken to the person. This means you'll be able to carry on a conversation with ease. You also have the choice between a male and female speaking voice.

The price of this app is pretty high plus there is in-app purchases that range from $0.99 to $9.99 depending on the package you pick. The app comes with 1,000 transcriptions in it and then you can purchase more. The app hasn't been updated in a couple of years now, which seems to be hurting its customer rating. Right now it has three out of five stars and the customers’ comments are a bit mixed. It seems it's not always stable and reliable. 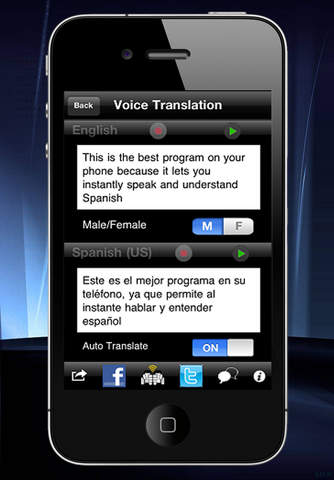 The whole idea of the SpeechTrans Ultimate For Hearing Impaired is that you can communicate with people with ease however that's not always the case. To use the app you'll need to press the record button when the person starts to speak and then the app automatically recognizes when they have stopped talking. It will automatically display the text, which can also be translated if need be. There are unlimited text to speech translations whereas the transcriptions have a limit on them. You'll be able to playback any of the translations you have saved to your list and there is no need for an Internet connection. Voice recordings can be up to 55 seconds in length. There are free lifetime updates once you purchase the app and it has Facebook integration. 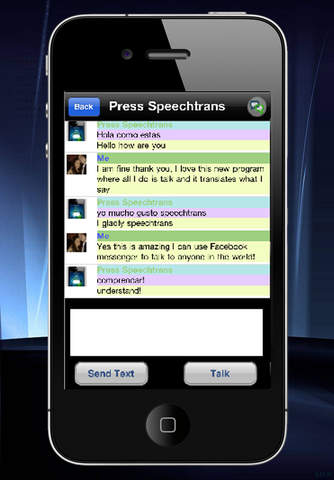 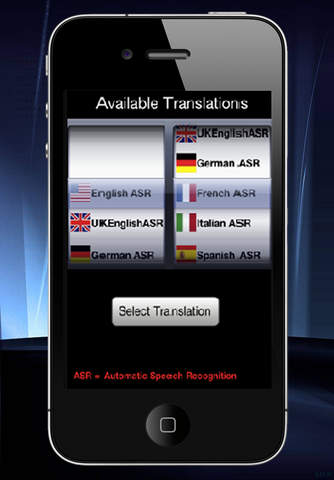 The SpeechTrans Ultimate For Hearing Impaired app for your iPhone, iPad, and iPod touch touchstrives to provide users with a way to have voice conversations even if they are hearing impaired. The problem is that this app is often unstable and doesn’t always transcribe correctly.