Pre-Civilization Marble Age is a turn-based strategy game which will have you glued to your iPhone or iPad and make your life come to a halt as you endeavor to build a civilization through strategic resource management.

This game is available for purchase in the App Store for a mere $3.79, which I feel is a fantastic price for such an elaborate and genius creation! Let's dig right into the gameplay and features.

Pre-Civilization Marble Age is set in the time period of 3000 BC and spans four thousand years up to 1000 AD. The game provides a choice between Athens and Sparta, though the Sparta option is not available on the app just yet. After you pick your city, you can also select a perk that will boost one of your resources from farmers, army, science, democracy, production, and trade. Be warned, however, because a perk for one resource means a disadvantage for another.

You will notice that you can choose between "Normal" and "Hard" difficulty levels, but there is no option for an "Easy" game. A strategy game is never any fun on Easy mode anyway, so I’d suggest accepting the challenge and learning to enjoy the learning curve as this also makes for a very high replay value. 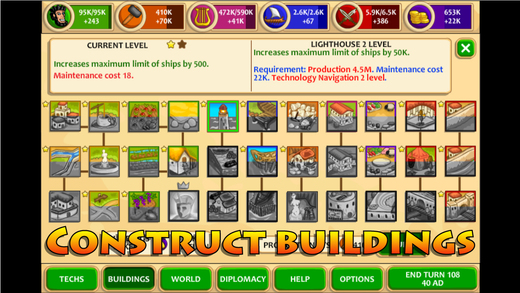 You start off with just eight workers in your civilization, and they are your "central workers", who will produce some culture, gold, and production points. You must grow your civilization by providing food, so you must allocate some of these central workers to specialize in farming. As your culture points progress, you will be able to discover new technologies. These will give you bonuses as well as the option to make buildings which can increase the number of workers you can allocate to a given resource.

You must also train scouts to seek out new lands and explore new cities outside of your base, which is Middle Greece. Join forces with the cities for cultural exchanges, purchasing lands, and joining forces in battle.

Speaking of battles, the growing of your civilization comes with its own set of challenges such as attacks by the Barbarian, Roman, and Huns army, as well as the integration of Christianity. This game is all about tactfully performing a bit of math in your head to ensure you have the tools you need to face those challenges and come out victorious.

Each successful completion will earn you civilization points that you can use to further receive resources. 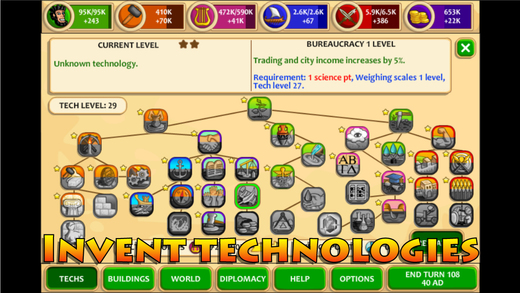 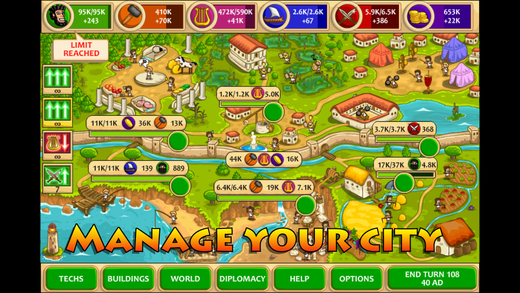 There is never a dull moment in Pre-Civilization Marble Age, and I've been addicted to it for several weeks now. I can't wait for the Sparta city choice to be unlocked, which is sure to add some novelty to the storyline! This is hands down one of the most addictive and fun games I’ve had the pleasure of reviewing and I’d highly recommend you give it a try on your iPhone or iPad.