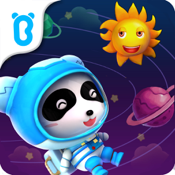 The Solar System by BabyBus is an iPhone and iPad educational app that teaches kids about the various planets in the solar system. Children can view the planet characters orbiting the sun, and select individual planets to learn about them.

Learn About the Planets

The Solar System by BabyBus is an interactive educational app that will help your child learn about the solar system. The main menu shows the planets orbiting around the sun, and as you move closer you can select the various planets to learn about their features. Each planet has an activity, game, or both for your child to complete as well as learning what color and composition each planet is.

When you enter Mars, for example, you will work the Rover to collect samples. A little picture of a gem, rock, or other feature will appear in the window, and your child will tap to guide the Rover to the correct area. 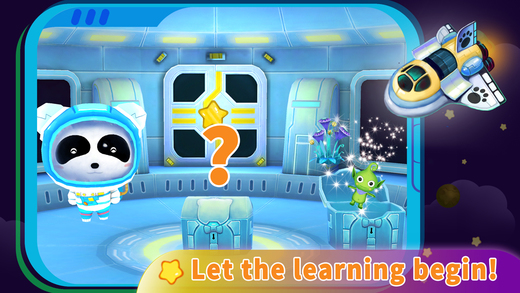 The Solar System by BabyBus has games to reinforce learning as well as showing the cartoon character planet and a realistic image. For Jupiter, you are told that the planet is the gas giant, and you construct a hot air balloon for the comet dodging game. Jupiter must orbit through many comets and asteroids, and the Jupiter patterned balloon must be successfully guided through to avoid them while collecting stars.

The learning style in this game is easy for kids to enjoy. It fits in the preschool to early school age range well, and had both my two-year-old and six-year-old captivated. They found it on my iPad, and learned about planets together. My six-year-old then tried to teach my two-year-old about the planets with the app as a teaching tool. 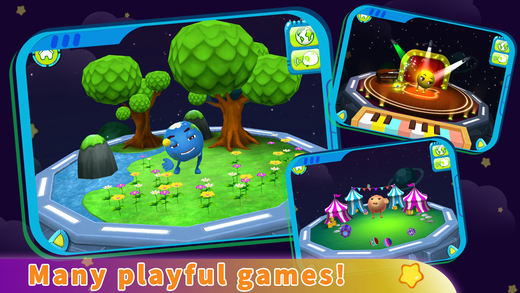 Lots of great games to help in education

The Solar System by BabyBus is a great educational app for iPhone and iPad to help children learn about the solar system. They can learn about orbit, planet order, planet composition, planet features, and more. The planets each have an animated character, Mars is red and has volcanoes, while Venus looks much like a little sun without the rays. They did a great job of characterizing the planets, and my girls enjoyed playing the game, so I can say that children from preschool through early school grades will learn a lot and enjoy the format. Overall, this is a well-designed, fun, educational, and exciting to explore app for kids between two and about seven.