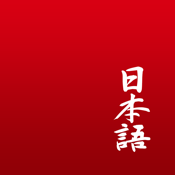 If you're trying your hand at learning Japanese, or you're traveling to Japan in the future, then the Japanese lanaguages app is one that you might want to check out on your iPhone or iPad.

What we have here is an iPhone languages app that translates from Japanese to English and vice-versa. This app contains hundreds of thousands of entries along with examples and plenty more to help you along with your reading, writing, speaking, and listening skills.

This top iPhone app for languages can be found in the Reference section of the App Store, and it can be purchased for $4.99. Keep reading our Japanese app review as we take a look at its features.

Japanese is not a lightweight app; it takes up 96.8 MB of space on your iPhone or iPad. Don't be fooled by its size, however, because the app has a very speedy launch as well as search feature.

Users can search both English and Japanese terms. Japanese terms can be entered either phonetically in English, or by using the top-notch Handwriting Recognition System, on which users can draw the characters they wish to look up.

Different components of a term can also be entered, and the results that show will be those of the combined term.

What's more is that the results will be shown in real time, and the letters you enter can fall in the beginning, middle, or end of the word. 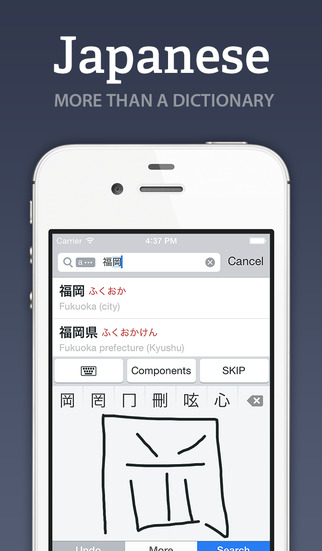 A Study and Reference Guide

Each of the entries not only shows the meaning, but users will also receive example sentences along with reading hints. Furthermore, pronunciations are also included to help you speak correctly.

Other features include the ability to create vocabulary lists, add notes to entries, and mark headwords with a variety of colors. The Japanese app is not just a dictionary; although it does its job of translating efficiently, it also has a lot more to offer to the user. If you're in the market for an iPhone or iPad app that will facilitate your learning of Japanese, then this one is worth considering!