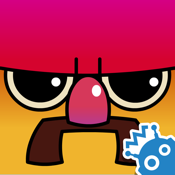 Big Action Mega Fight introduces the new generation of gamers to the classic ‘beat-em-up’ arcade games that are so popular during the '90s. It has all the elements of traditional arcade gaming including fun cartoon graphics, intense game play, simple controls, and nostalgic retro music punctuated by high-quality sound effects.

Developed by Double Stallion and supported by Execution Labs for the App Store market, the game is compatible with your iPhone, iPad, and iPod touch. It is optimized for iOS 8 with iCloud and iOS controller support.

Punch Your Way through Hours of Fun

Big Action Mega Fight has a simple story line: you take control of Brick, the game’s tough guy hero who has incredible charisma, machismo, and a great mustache. You need to help Brick get past through countless obstacles and adversaries so that he can advance to the next higher levels.

Along the way, Brick has to pick up coins, gold teeth, and food. Your hero needs these items to upgrade his skills and improve his fighting abilities in order to defeat enemies including the toughest adversaries in boss battles.

Big Action Mega Fight will keep you glued to your mobile device for hours. You need super hero reflex to punch and beat everyone who comes your way. Opponents must be cleared off the screen so you can lead Brick to his next adventures. 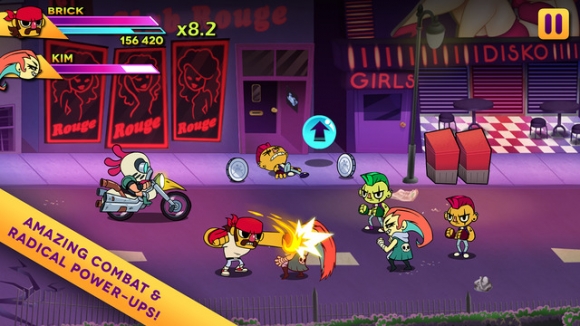 This game offers 35 stages of intense fighting action that will surely delight you for many hours. For every stage, you will be given the chance to get one power boost like faster recuperation or double damage skill. You can throw a variety of punches including straights, uppercuts, and powerful combinations. You will be allowed to proceed to the next level after beating the boss.

The game is a visual delight for enthusiasts of arcade gaming. It features richly animated characters and environments with stunning details. One of the most compelling features of Big Action Mega Fight is its sound quality. It will keep you entertained with retro arcade music of the 90s and fast action sound effects. It is important to take note that this game bagged the 2014 Best Game Audio award given by Indie Prize Showcase USA.

Lastly, Big Action Mega Fight has a responsive interface that offers easy navigation for the convenience of gamers. Its touch-based controls are intuitive and easy to learn. It also offers support for external game controllers for those who are not comfortable using virtual touch controls. 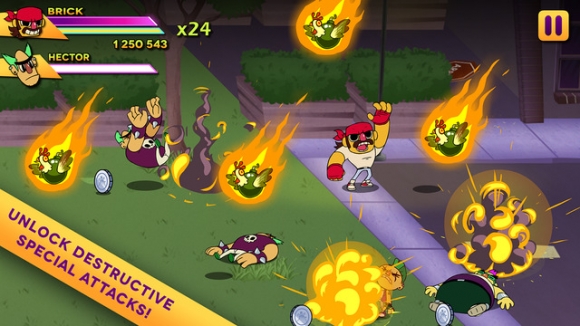 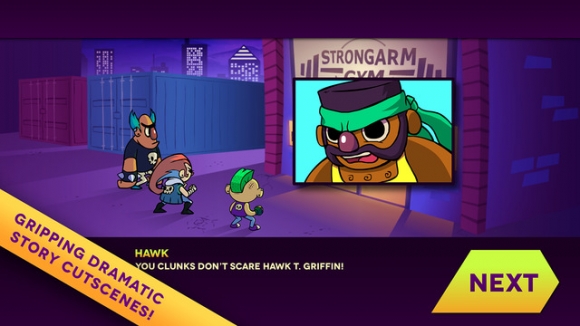 Big Action Mega Fight will keep you entertained for many hours. The game offers stand out features and visually pleasing animations. It is one of the most entertaining arcade games in the App Store today.