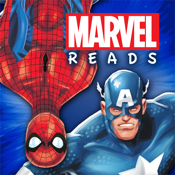 Marvel Origins is an iPhone and iPad reading app that has Stan Lee read a story to your child. There are interactive activities as well as a great story about Tony Stark: Ironman.

Marvel Origins is an interactive comic book that includes the reading of Stan Lee. He has always been really involved in his comics, including acting in each of his Marvel movies. I really enjoy how involved his is. He’s not just an artist and story teller; he fills all roles in his creations.

This app is no different. They could have had anyone read the story, but that wasn’t good enough for Stan Lee, so he reads it himself. It is interesting to hear how the story was read in Stan Lee’s head rather than how I would have read it aloud to my children. In addition to the read-aloud, there are also sound effects, and bolded text. I appreciate that there is emphasis, but I would still like to see a pointer of some sort to help kids follow along in the text.

Marvel Origins also includes interactive portions. For example, your children have to help Tony Stark get into his Iron Man suit. They get to help him lock on his boots, gloves, and tap the various actions on his suit too. There is also an active page turn with a full swipe rather than a tap in the corner. Many of the pages have additional actions that initiate evil laughter, lightening, and so on.

There are also zoom in actions such as clicking the view screen to see the low power of the suit, or read the news on the computer screen. As the story progresses, the pages move side to side too rather than just a page flip. Your child gets to help Iron Man defeat the bad guy too. 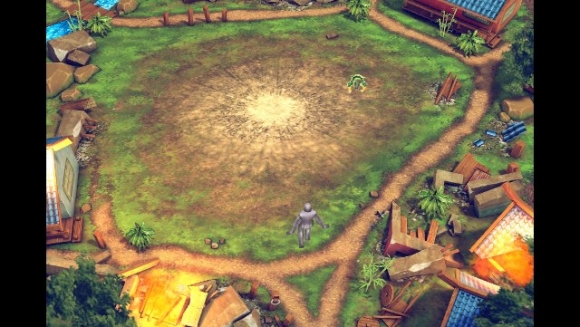 Marvel Origins is an interactive story app for the iPhone and iPad. There are interactive portions on almost every page, and the story is read aloud by Stan Lee. I love how Stan Lee is so involved with his work, and this app is no exception. He has read a great story, and the developers have created an interactive story book that will keep kids coming back to read, and also play the mini-games within. Overall, a great story, great interactive parts, and a fun game to play in the middle for your child to defeat the evil Mandarin.