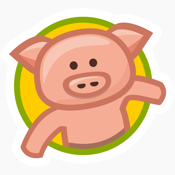 We've come across a game with a rather cute and unexpected hero and gameplay that is fast-paced and filled with action. The Iron Snout app can be played on your iPod touch, iPad, and iPhone and is a brand-new release. In this app you'll be working to ward off all your enemies who are looking to slaughter you and turn you into bacon, shall we say. The enemies in this game are wolves and you'll need to employ all the resources within your reach in order to succeed.

Show Them What You've Got

Here's a chance to prove to people that pigs are pretty fearless and great fighters in the Iron Snout game. In fact you're a regular Kung Fu pig here where you'll be kicking and destroying all the enemy wolves who are standing in your way. This game is endless which means you can engage in battles as long as you like. Players will love the cartoon style graphics, the fighting combos that you can create, and the fact that the controls just use simple touch functionality. You'll literally be swiping and tapping on the screen in order to direct your pig.

The game is free to play and because it's a new release there is no need for updates as of yet. The app already has 4.5 out of five stars from users and comments that have called it great, addictive, and simple to understand. It seems that players are hooked on this offering. 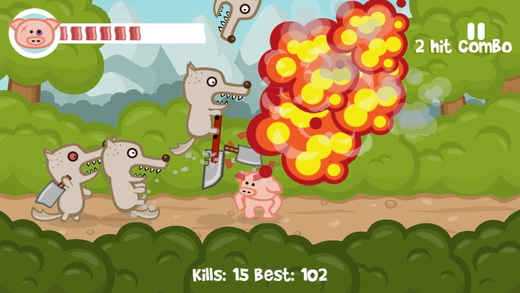 Make use of all kinds of crazy fighting moves

Take on the Wolves

With the Iron Snout game you'll be taking on endless enemies of wolves so in order to defeat them you'll need to make use of such moves as punching, jumping, kicking, slamming, throwing, grabbing, delivering upper cuts, and a whole lot more. You can even take your enemies weapons and use them against your foes. When it comes to the battles it feels like anything goes and there are no rules. The goal of this game is to destroy as many enemies as you possibly can without fighting your friends.

The graphics, characters, and sounds are all a lot of fun in this game. Even though it's high-energy there is a strong focus on fun and humor. You'll be able to pause the game when needed and all your important stats are found on the top of the screen. Some players have stated it takes a bit of time to get used to the controls and gameplay but after that you'll have no problems at all. 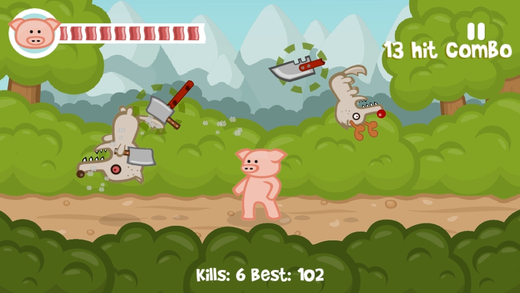 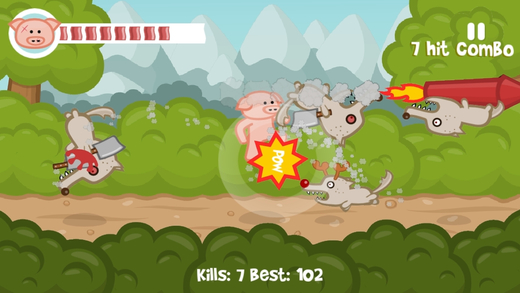 The Iron Snout app for your iPod touch, iPad, and iPhone will provide players with high octane action wrapped up in a cute cartoon package.