Game For Two app review: a slew of games

While it's fun to play that new favorite game, after a while it can get boring so how about an app that offers up a variety of games in one simple offering? The Game For Two app for your iPad, iPhone, and iPod touch features a whole set of board games, each of which feels modern and cool. The board games app gives you the ability to play in solo mode against the robot or you can use two-player mode and have fun with a friend.

The Game For Two app provides plenty of challenges for players and the fact you’ve got two different game modes to choose from adds to the challenge even more. What's fun is that these games can be played by adults and kids and could be the center of your next games night. As mentioned you've got two game modes which are the solo mode where you will be squaring off against a robot. Choose from three difficulty levels which are easy, medium, and hard. In two player mode you can use the same device and play against a friend.

The best dice apps for iPhone-2021

In the app's latest update there were a variety of bug fixes and a new game was added to the mix. Developers have stated that they have more plans for new features and improvements in the works. The app currently has four out of five stars from users who have called it great and fun to play. 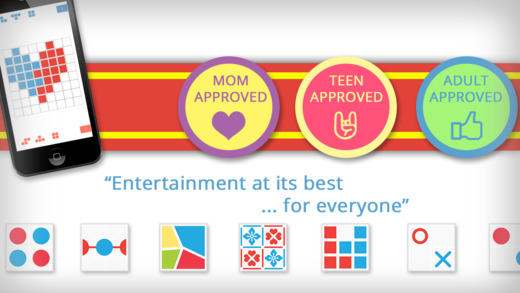 The Game For Two app provides users with eight different mini-games. Play them all or play just a couple of your favorites. The games offered are chess, which is a classic of course and offers players a chance to brush up on their skills, Checkers, Conquer, which for those unfamiliar with it is like Boxes and Dots, Othello which is also known as Reversi, Co Ganh which is a Vietnamese version of chess, Caro which is very much like Gomoku, Tiling where you need to make lines and get tiles, and Coloring which is unique and engaging.

The graphics in each of the games are clean and fun; they aren't super high-tech but that's not needed in an app like this. It’s all about enjoying classics along with modern board games in a fun and family-friendly environment. There is always a challenge to be had here. 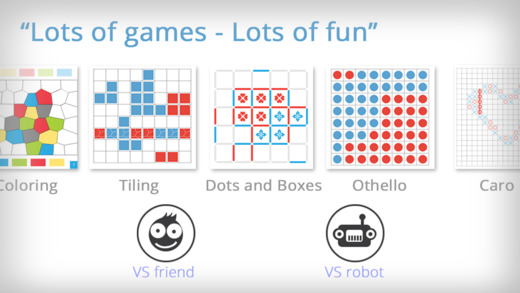 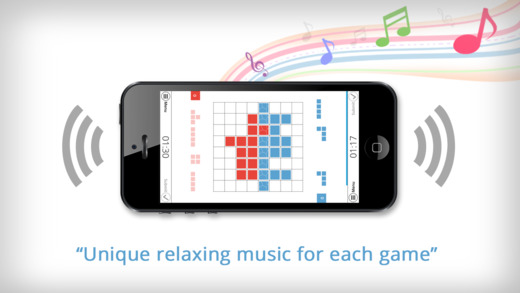 The Game For Two app can be enjoyed on your iPod touch, iPad, and iPhone and provides players with a number of great options. This is the kind of app you can pick up with friends and enjoy, with the kids, or just on your own thanks to the options available.