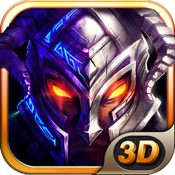 It's time for an intense, dark, and epic battle filled with demons bent on destroying you and your world. The Burning Blade-Legend app can be played on your iPod touch, iPad, and iPhone and takes place in Burning Blade, which is a world. In this 3D animated offering the humans have almost completely been wiped out just a few heroes remain that are taking a stance against the demons. This is where your help is needed as you battle Ice Ghosts, demons, and even dragons.

Set Off on Your Quest

It's time to set off on your quest and it's a quest the entire remaining civilization is depending on you to win. The Burning Blade-Legend app takes place in a 3D animated world where humans have been almost completely annihilated. The few that remain are dubbed as heroes as they are the ones who are left to battle the Ice Ghosts, demons, and dragons and stop them from taking over the world of Burning Blade. Each battle you enter is epic in its own sense and you'll need to use items along the way in order for you to succeed.

This game is free to play but there are a number of in-app purchases. These purchase range in price from $1.99-$99.99. In its recent update some bug fixes were made as well as optimizations to the log-in process. The app currently has 4.5 out of five stars, which sends out a pretty clear message of just how much the players are enjoying this offering.

Players will be blown away by the graphics

The developers have gone to great lengths to offer players an experience that feels more like a computer game than a mobile app. This was done through the use of the Unity3D engine which created some rather impressive and slick graphics. The Burning Blade-Legend app provides real-time multi-player gaming, which will have you hooked immediately. You will be mastering your skills so that you can use combos and really do damage to the enemies. You've got the option to play as one of four characters and each character has their own fighting style. There is the Assassin, Bowmen, the Magic Girl, or the Warrior. You can even customize your own amazing Hero to play as.

This is a perfect example of a game that actually lives up to the hype the developers have created. The end result is professional and noteworthy making this one a game you’ll want to return to. 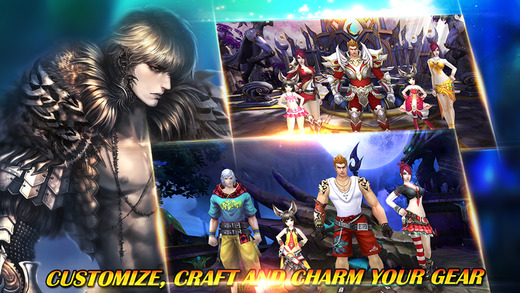 There are plenty of customization options available The Burning Blade-Legend app for your iPod touch, iPad, and iPhone gives players the opportunity to step into another world that is filled with danger and challenges. This is a professional and impressive offering that won’t disappoint.