If you spent a lot of time in an arcade as a kid there’s little doubt that you played your fair share of air hockey; maybe you even had your own table at home. As we get older we tend to lose touch with some of the games of our youth, but the Apple App Store has been filled with apps that can take you back to those simpler times. Glow Hockey is one such app. It brings the classic air hockey game play to your IOS device, with a glow in the dark twist. There is a free version of this app, and it’s compatible with iPhone, iPad, and iPod touch.

Air hockey has a lot of nostalgic value. It’s easy to learn, and most of us are very familiar with this type of game. Best of all, it’s fun! There are dozens of air hockey simulation games available for download from the App store, but Glow Hockey gives the game a unique twist. Not only do the pucks glow, but so do the boards and the paddles. It’s a great little time waster that will keep you occupied on a cold winters night.

The best hockey games for iPhone

With so many games in this category, an app needs something unique to stand out from the crowd. The App Store can seem a little crowded at times for developers. Glow Hockey has tapped into a new gimmick to separate it from the crowd. Let’s face; it we’re spoiled for choice when it comes to games in the App Store, so it really doesn’t hurt to offer something a little extra. 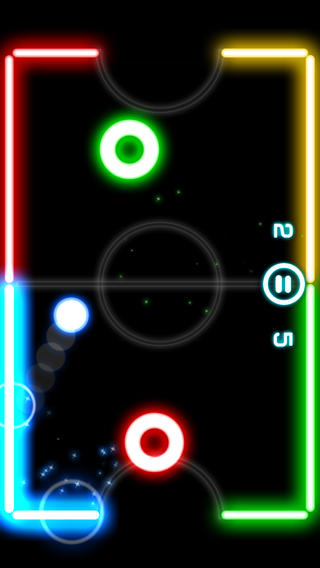 The objective of this game is pretty simple: put the puck in the opponents' net more times than they put the puck in yours. In the free version the first player to get to seven wins. You can play against the computer or against another human player. Sounds pretty comprehensive, so what’s the difference between the free version and the paid version? In the free version human opponents have to share your device with you. The iOS device becomes the actual table. This is a little problematic of you’re playing on your phone! It’s not as bad on an iPad, although it’s still kind of awkward. In the paid version you can play a human opponent over Wi-Fi. That way you can both use your own device to play the game, which is definitely more practical. Another feature not available in the free version is the ability to change your table top. You can only play with the same table top every game. The paid version has 11 different table tops to choose from.

In the free version you can also choose the level of difficulty for a computer opponent from four different levels: easy, medium, hard, and insane. You can definitely notice the difficulty increasing as you go through the levels. I haven’t been able to beat the insane level yet! This app also has some nice little effects. When the puck hits the boards there’s and explosion of lights and when a goal is scored there’s an explosion of stars. It gives the game a little extra appeal. 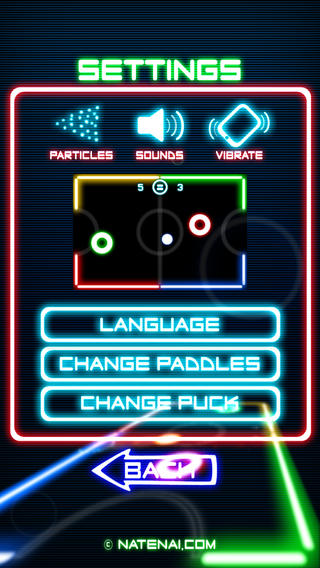 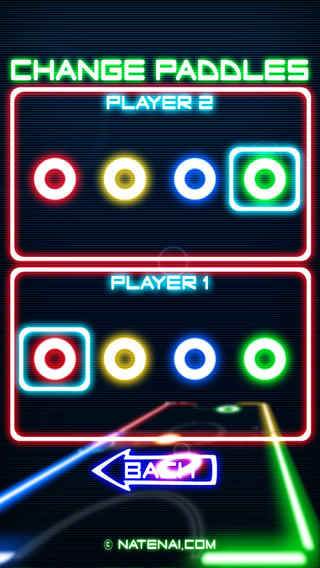 Glow Hockey is a cool little app that is sure to entertain. It’s easy to learn and has some great extra effects. You’ll definitely be back for more. This might become one of your favorite arcade games on iPhone or iPad.