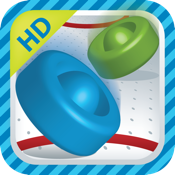 Some games try a little too hard to find a gimmick that will set them apart from other similar games in the App Store. Sometimes simplicity is actually the best course of action. The folks that developed TF Air Hockey HD have definitely embraced this second philosophy. What they’ve attempted to create here is a classic version of an air hockey game, and for the most part they’ve succeeded. This is a free app, and it’s compatible with the iPhone, iPad, and iPod touch.

TF Air hockey HD is definitely a good little simulation of a classic style air hockey game. It’s easy to play, there aren’t a lot of options to choose from, but it works. Game play is smooth without any glitches that I noticed, and there’s no real learning curve. All you have to do is put the puck in the other net before your opponent can put it in yours: simple right? Other games may do it a little different, but the standard rules will always apply within the game of Air Hockey.

The best hockey games for iPhone and iPad

What really turned me off about this game wasn’t its simplistic game play, but its lack of options. Basically you can choose between two options: player vs player, or player vs machine. There’s no option to play opponents on other devices, and the game board is one choice fits all. If you don’t like it, your only option is to try a different air hockey game. 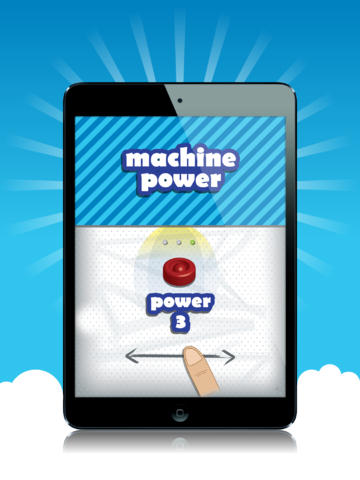 The game itself plays pretty well. The rules are simple:  the first one to seven wins. In theory there are three different power levels. I assumed these were actually meant to be different difficulty levels, but I didn’t find level three any more difficult than level one. It might have been a little faster, but I’m not sure if it really was or if I was just expecting it to be. It wasn’t that difficult to beat on any power level. Overall I was a little disappointed with the difficulty level.

The game does have some nice little touches. The pucks are very well rendered and react well to your finger movements. Another feature I liked was that the “ice” surface became scuffed as the game progressed – very reminiscent of a real hockey game. The sound effects were also pretty good, although I did appear to lose my sound on occasion for no apparent reason. Overall it’s not a bad game, but it doesn’t really stand out. Probably the most annoying aspect to this game is the frequent pop-ups advertising other App Store games. If you leave your game for a minute for a bathroom break, you’ll be coming back to a full page advertisement, which us definitely a little annoying. I understand that this is a free app and advertising is to be expected, but it’s just the way it’s done in this app that I find annoying. 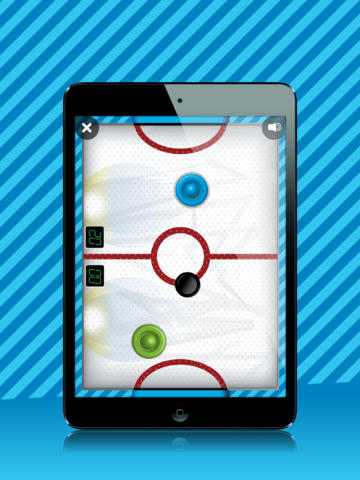 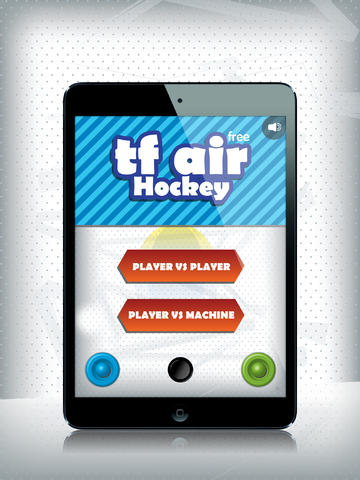 TF Air Hockey HD Free is not a bad little air hockey game. It’s simple, and it works well. The problem is it doesn’t really stand out from the crowd.