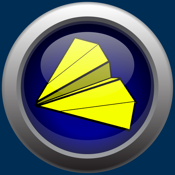 Probably one of the favorite past times of children is making paper airplanes. They’re easy to make, inexpensive, and most importantly they’re fun! It’s also fun for parents to teach their kids how to make a paper airplane themselves. How rewarding is it seeing the look of satisfaction on your child’s face after they’ve made their first paper airplane?  Origami Paper Airplanes and More Folds in 3D can help you teach your children how to make a better paper airplane than you ever could as a child! This is a free app and it’s compatible with iPhone, iPad, an iPod touch.

Ready for Take Off

There are quite a few Origami apps available in the App Store, but most of them offer pretty basic, one-dimensional, step-by-step instructions; they don’t really bring the project to life. What makes this app unique is that the instructions are three dimensional recreations. This is a great feature that really helps you to picture what the project is going to look like every step of the way. It takes the guesswork out of things.

The best origami apps for iPad

As good as this app looks there is one very serious flaw. There are no instructions. They simply assume you’ll figure it out. There’s not even an introductory video. It’s not that the app is hard to figure out, but it’s just that this seems like such a basic feature that any app with the purpose of teaching you to build or create something should include. It’s a glaring omission. Another thing that really hurts this app is the lack of choice. There are only three projects in the free version, and as far as I could tell there is only two more projects available that you can purchase, each for $0.99. Other similar apps offer a much greater selection. The app won’t take up a lot of room though at 36.2 MB, so it’s probably still worth downloading and having a look. 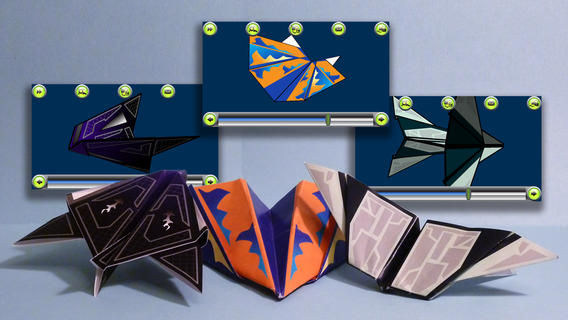 The fact that there are no instructions means you’ll have to learn how to use this app through trial and error but having said that, it really isn’t very difficult. When you first open the app you’ll be presented with a preview of the first available project by default. You’ll notice the other project choices along the top of the screen. Simply tap on a project to start the instructions. Within each project you’ll see a forward and backward arrow for navigation. You can use these to go through each step. The cool part is that you can tap and hold on the image to move it around and look at it from different angles. Having this three dimensional image that you can move around makes it easier to understand how each step is done.

There are a couple other buttons at the top which provide you with some other options. You can use these to speed up or slow down the speed of the instructions, to change the color of the project, to email a .pdf version of the project to a friend, to air print a project, or to return to the main project selection board. While there are no written words to direct you, the icons do give you a pretty good idea of what they represent. It’s just a little frustrating that they didn’t see the value in making things clear and obvious in this app. It would have been so much better if they had provided a little more instruction on its use. 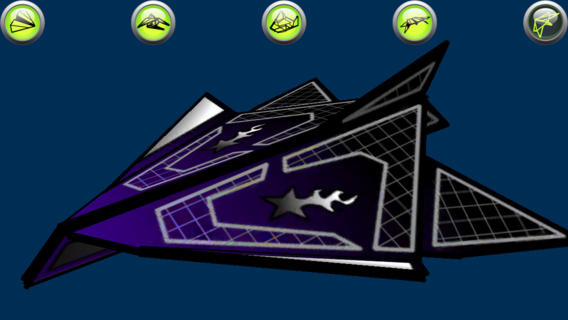 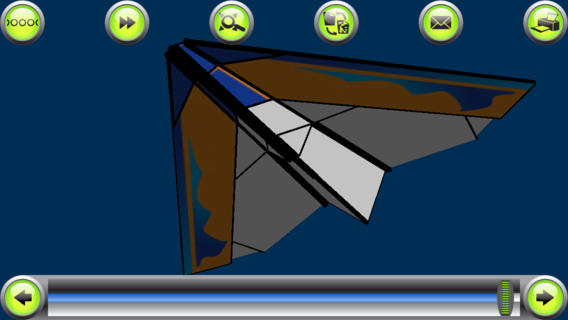 Children love making paper airplanes and this app had the potential to capitalize on that. The 3D models really are quite unique. Unfortunately the total lack of instruction in this app really takes away from the overall experience.