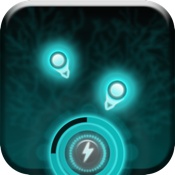 Here's a game that will require you to put strategy in play and really think things through if you hope to succeed. The Transcend RTS app can be played on your iPod touch, iPad, and iPhone and provides players with the opportunity to take part in real-time strategy-based gameplay. It's more than just strategy required you'll also need quick reflexes in this fast-paced and rather challenging offering. There are a few game modes to master offering you plenty of hours’ worth of fun.

Not Your Typical Game

What's important to point out right from the start is that the Transcend RTS app isn't your typical game, in fact there is nothing "typical" about it. There are three different game modes which are timed where there is a time limit, normal mode where you need to destroy all of the enemy bases, and power where only specified weapons will be available for you to use. Each one offers up unique challenges but the common thread through all is that you need quick reflexes and you need to use strategy if you hope to be victorious. You'll find the graphics to be futuristic and the soundtrack helps to hammer home that same theme.

The game offers a handful of free maps so you can get a feel for it. From there you can make in-app purchases of additional levels and weapons. These purchases range in price from $0.99 to $1.99. The app currently has a very high customer rating of 4.5 out of five stars. Players are completely addicted to the offering calling it fast-paced, a great game, challenging, and that it's easy to get hooked. In its recent update there were some bug fixes made and some new battle maps have been added. 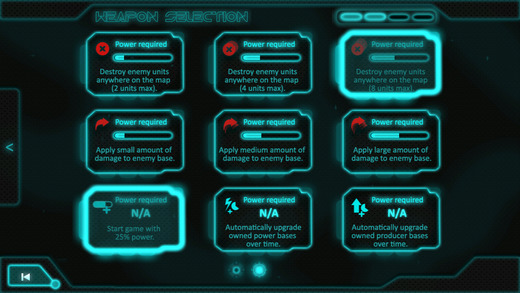 There are a number of gameplay elements in the Transcend RTS app that work together in order to create a really sleek and modern offering. There are all kinds of weapons that you'll be able to make use of, and this is where your strategizing begins as you pick which weapons are ideal for each level. There are two different speeds that you can play in but neither are a cake walk, it's a choice between hard and harder. Your goal in this game is to capture the bases so that you can produce units which generate power. It's a very simple concept but it takes plenty of practice to even come close to mastering the game.

Destroy all the enemy bases in order to succeed 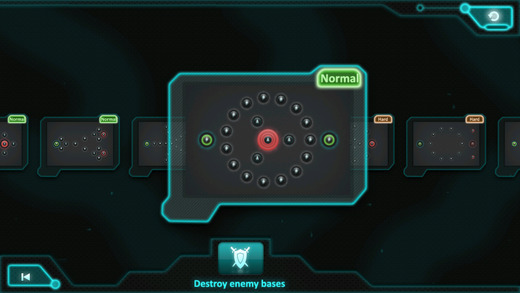 The Transcend RTS app for your iPod touch, iPad, and iPhone isn’t your average casual game because this one requires plenty of strategizing making it highly addictive and challenging.