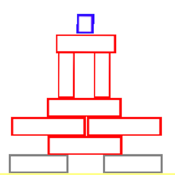 Lines Remover 2 app review: knock out the blocks to bring down the blue cube

Lines Remover 2 is an iPhone and iPad game that requires the player to keep the blue cube on the gray blocks. Just tap to destroy the red blocks, but be careful that they don’t tip over and knock all of the blocks down.

Lines Remover 2 is a hard game. I tried to complete level one several times through an hour, and I still didn’t get it. That doesn’t mean that it’s not doable, it just means that I didn’t get it. The theory is that you have to get the blocks to fall and land on the gray block, but you also have to get the gray blocks to fall into the right places so you can land the blue block on it. The game has many different levels of difficulty that you have to master in order to get the blue block down, and it’s downright tricky. 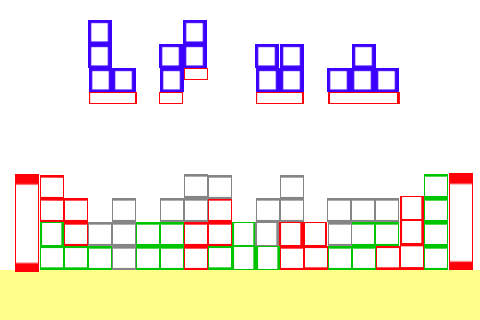 Lines Remover 2 encourages you to play with physics and strategy. If you desire to do nothing other than knock down the blocks, then by all means bash the blocks down. In this way, kids who love to knock down blocks can do so on their devices. My two-year-old loves to just knock down the blocks, but then she asks for help and as I stated above, I haven’t yet passed the first level. It’s tough sometimes when you can’t help your kids, but I figure that in the realm of helping, if I can’t help them beat a level in their video game then there are worse things! 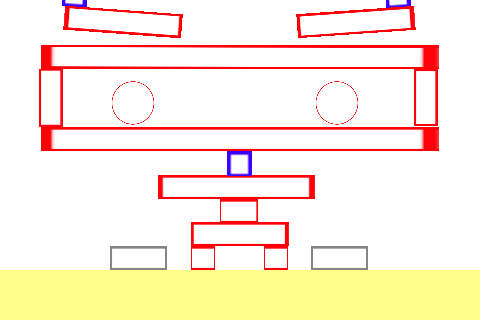 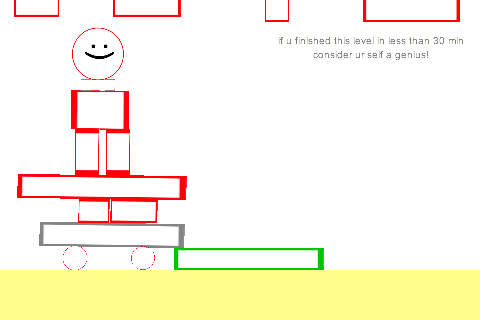 Lines Remover 2 is an iPad and iPhone strategy game that requires you to knock out the red and green blocks and balance the blue block onto the gray block. It sounds easy enough, but it’s actually quite difficult. I tried the first level repeatedly and could not pass the darn thing, but that doesn’t mean that you won’t master it and really enjoy the game. Overall, it’s a great game from a young developer, and I will be keeping my eye on his upcoming works. Give it a try and see if you can do better than I could!