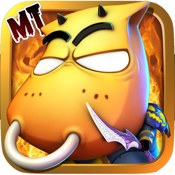 Gone are the days when you had to own a Playstation to enjoy some amazing games. Nowadays, there are thousands of digital games that you can play on your smartphone from the comfort of your home or office. Epic Heroes is one of the top rated games in the world today. This iOS application was developed by LOCOJOY.,LTD to help you relax after a long day at work. It is compatible with iPhone and iPad devices.

How to Play Epic Heroes

The idea behind Epic Heroes is to build the strongest party from scratch, form allies, and become an epic hero of the raid in the end. However, this is not as easy as it sounds, as you have to make some strategic moves to prove your prowess. For instance, there is a group of elite raiders who have perfected the art of launching attacks discreetly and winning.

You will need to take on the first dungeons hands-on and battle through a number of hilarious and ridiculous adventures to succeed. You goal is to make these newbie heroes of the raid. As you fight the dungeons, you will get a chance to collect rare cards and get phat lootz. As mentioned earlier, it is imperative to follow the special instructions provided by the developers of this intuitive game to achieve success. Any wrong move can lower your rank and hinder you from becoming the hero. 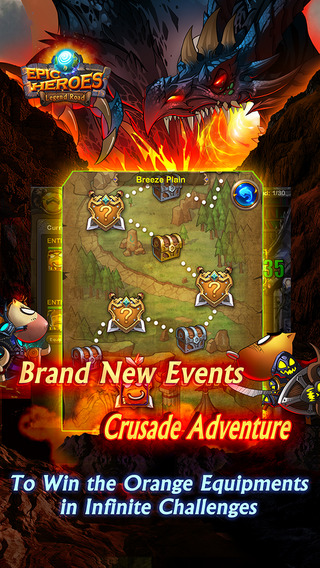 One of the key attributes about epic heroes is the intuitive interface that makes it very easy for one to make strategic moves and launch attacks without arousing any attention when fighting the dungeons. Unlike other similar apps that have inaccurate twitch controls; this one is fully optimized for iPhone and iPad devices. The controls are very accurate and graphics great an amazing card based gaming experience. Winning the battle card action will help you to move up the ladder to fight other elite dungeons. They have a number of special skills that you have to come up with ways to combat in order to win.

As you progress, you will be able to combine cards and level up in a bid to create a superior raiding party and join the leaders’ board. In addition, you can challenge yourself even further by competing against other players and taking part in the exciting events.

To create the perfect gaming feel that you have been yearning for, this app has special graphics that are compatible with your device’s screen resolution. The controls are clearly demarcated and responsive. You just need to tab them once to launch a move. 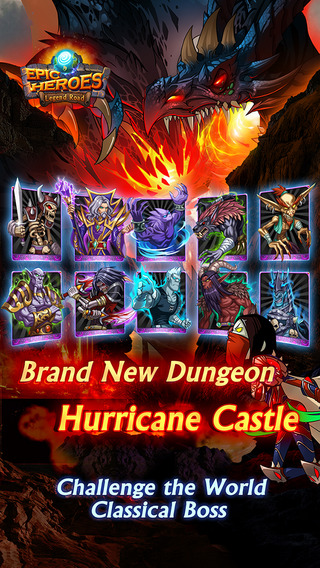 Epic Heroes is indeed an amazing game that you can play as you relax during the weekends. It is quite easy but you need to master the art to become an elite raid hero.