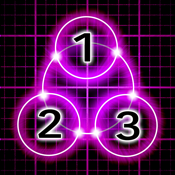 If you've got quick reflexes, an eye for detail, and are good when it comes to thinking on your feet then this game may be for you. The Glow Burst Free app can be enjoyed on your iPod touch, iPad, and iPhone and will have you moving your way through all the glowing numbers as fast as you can. The rules are simple, so simple in fact that you'll believe you'll excel right from the start. This is where the reality check will hit you as you soon discover this one is more than meets the eye.

It's all about quick thinking and reacting when it comes to the Glow Burst Free app. In this game your goal is to swipe or tap on the numbers that are glowing in the order of least to greatest. To add pressure and challenge you need to do this as fast as you can, which gets pretty difficult as you’re trying to race through the numbers. Each time you manage to complete a round you'll be awarded with bonus time. The game can be played by all ages which are made possible by the fact you can choose your difficulty level. There is hard medium, easy, and 123.

The app is free to download and it has just been updated with a number of new features and a whole re-write. Players can now look forward to massive explosions, new sounds, improved music, a mult-iplayer mode, and even a new scoring system. It’s a totally different look and feel to the game. The app scores an impressive four out of five stars from users who have commented on just how addictive this game truly is. 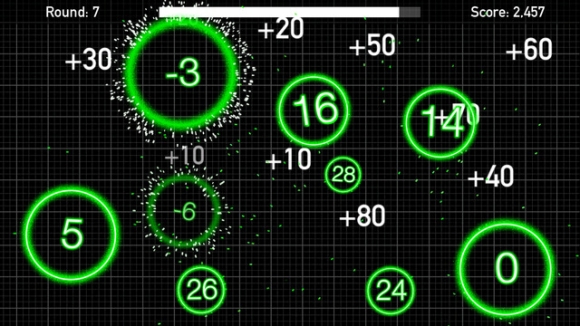 Enjoy the glowing game board

Taking a closer look at the Glow Burst Free app, players will quickly find themselves mesmerized by the sounds, animations, and graphics. The glowing look to this game is really fun and cool. The app supports Game Center, Leaderboards, Achievements, and now offers a turn-based multi-player mode. You'll find that the rounds increase in difficulty pretty quickly so you never get a chance to get too comfortable.

There is plenty of attention to detail here such as the fact the music speeds up as the clock winds down signaling that you are almost finished. When you first launch the game you can play in the 123 mode, which takes you through all the basics of the game giving players a chance to really get to know the rules.

The game can be enjoyed by all ages

The Glow Burst Free app for your iPod touch, iPad, and iPhone is the perfect casual game for all ages with its clean and modern graphics, its easy-to-understand gameplay, and fast-paced addictive action.