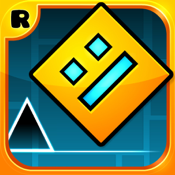 Geometry Dash belongs to a gaming genre known as platformer. It is a jumping game where the main character jumps over a series of platforms and obstacles. In this game, all the key elements are designed in different geometric colorful shapes. The objective of the game is simple: don’t run into any obstacle and successfully finish a level. The player gets an achievement for every winning level. Developed by RobTop Games AB, Geometry Dash is compatible with iPhone, iPad, and iPod touch.

An Inside Look Into Geometry Dash

Platformers have been around the gaming scene since the time of the NES and DOS systems. They are very popular among video gamers. The best thing about platformers is that they are unbelievably difficult but very addicting at the same time.

Geometry Dash takes the platformer genre to a new exciting level. The level of intensity that this game has to offer is not designed for the faint of heart. The good news is that the concept of Geometry Dash is pretty simple; even small kids would be able to get the hang of it.

You start the game by choosing your own square character. You can customize the color of your character or choose a different shape including a spaceship, an orb, or a saw blade. When you hit start, be prepared to embark on a difficult but enjoyable journey.

The objective of the game is simple. You have to jump over geometric obstacles and avoid hitting them. Your character automatically moves forward and you can make it jump by tapping the screen. The game interface moves slowly at first but it gets faster as you overcome more obstacles.

You win the game by finishing a level. You can then proceed to the next higher level that offers more challenges and surprise features.

Geometry Dash offers exciting and fast-paced action. The concept of the game may be simple but you will be glued to it for hours trying to finish one difficult level after another. The app offers seven game levels.

The game interface and graphics are very impressive. This app offers colorful elements with fascinating animation. The obstacles come in different geometric shapes such as triangles, squares, rectangles, spheres, circles, and many more.

One of the best features of Geometry Dash is the soundtrack. Each level has its own background music. The soundtrack is funky, upbeat, and matches the exciting mood of the action.

The app offers lots of customization options. You can change the look and colors of your character. You can also create your own level by using the built-in game editor. The best part is that you can download featured game levels that have been successfully completed by other players. 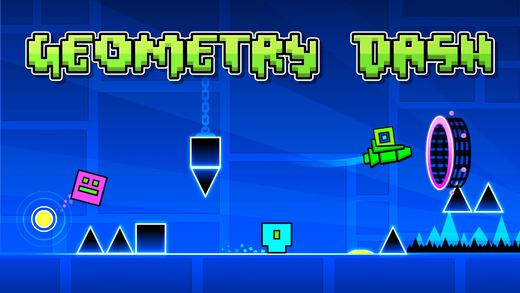 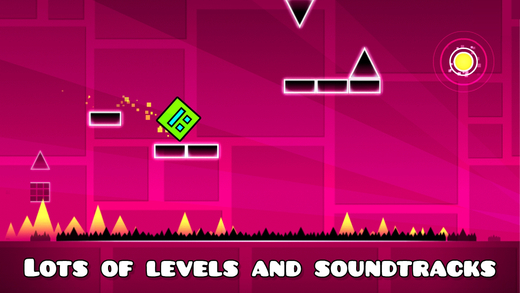 Geometry Dash is an exciting game that will keep you entertained for hours. It is one of the best platformer games in the App Store with impressive graphics, excellent soundtrack, and full customization options.