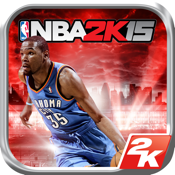 2K Sports is the leading developer of the NBA basketball game franchise on mobile consoles. Its first attempts to develop the game for iOS were met by gaming fans with mixed reactions. With the new NBA 2K15, loyal fans can expect considerable improvement with more realistic graphics and exciting gameplay. This version is big and it requires the latest iPhone and iPad models to work.

NBA 2K15 is undoubtedly one of the best basketball games in the App Store. It offers stunning graphics with 3D models of real NBA players. The game transition is smooth and allows you to play an intense game without lag or visual distortion.

The best iPad apps for NBA

In the quick match, you can choose two real teams from the NBA with complete set of the 2015 roster. You can select one team and let the computer control the other team.

All the control systems from the previous versions have been retained by NBA 2K15. You can dribble, pass, shoot, and block shots by using the three game controls at the bottom of the screen. While in the defensive mode, a red arrow indicator specifies your defense zone. You need to keep your player in this zone to guard the ball handler.

The career mode is more difficult but it adds a new dimension to the game. In this mode, you are allowed to create an imaginary player with a unique set of skills. You can guide your player from his rookie year all the way to the championship season. 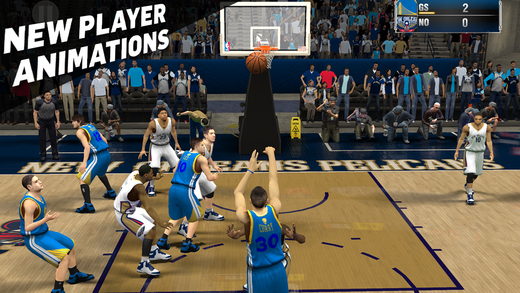 NBA 2K15 offers a totally revamped game graphics. The 3D models are stunning and the play transitions are flawless. This version of mobile NBA is a visual delight.

Another great feature of NBA 2K15 is the impressive soundtrack created by multi-awarded artist Pharrell Williams. The background music is crisp and upbeat while the audio narration mimics the voice of real NBA anchors.

The app allows you to fully customize every game. You can choose your own arena and select a custom color for the players’ uniforms. You can also tweak the game rules by changing quarter length and game speed.

The new update to this version allows you to play a season mode. You can pick your own NBA team and guide it to the championship playoffs. It also offers a new career mode and the classic quick match option. 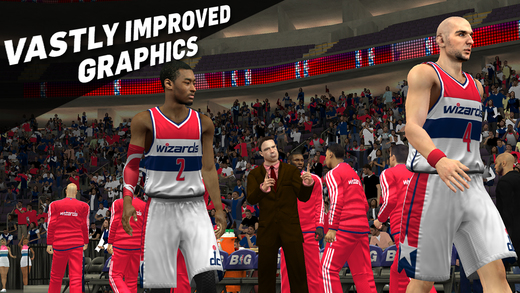 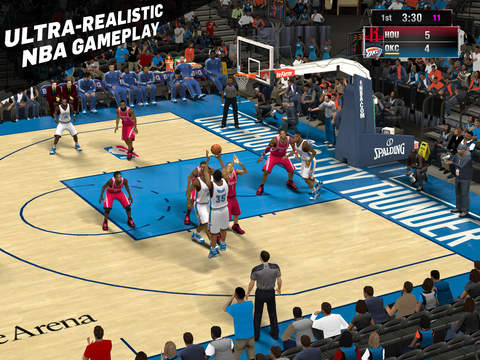 NBA 2K15 is the best mobile basketball game to date. It offers high quality gaming that can match the desktop experience. This is a highly recommended app for all basketball fans.