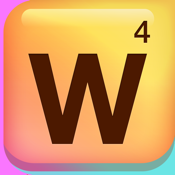 Playing word games has an array of benefits. For starters, these word games improve a person's spelling. They also improve one’s vocabulary and to an extent, boost brain power.

The best iPad apps for quotes-2021

One of the most incredible examples of a words with frends board game is known as New Words With Friends app. This words with friends dictionary app was developed by Zynga Inc. and it's a blast to play!

Check out our New Words With Friends app review to learn all the reasons why you should download words with friends app.

The Basics of New Words With Friends

New Words With Friends is in many ways similar to the classic board game, Scrabble. It is alike in the sense that players take turns creating words. Rather than play a word, a player also has an option of swapping tiles, making use of tiles that have not yet been used.

Players can form words in a vertical or horizontal manner. When a player forms a word on a DW space, he gets to double his score. Similarly, when a word is built on a TW space the player who formed this word triples his score.

The game ends once a player has played all the tiles in his or her rack and there are no other tiles to draw on. As with any other game, the player with the highest score wins the game. 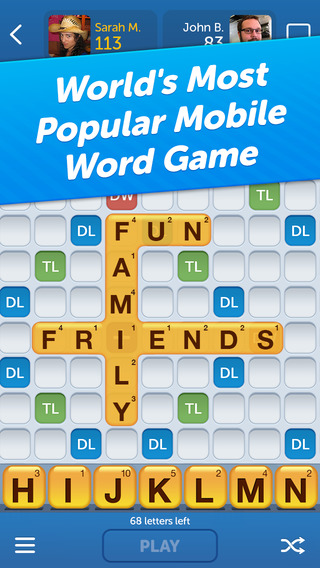 The New Words With Friends app comes with a Community Match feature that allows users to select a specific player who has similar skill and aptitude. Playing with individuals who have similar skills gives a player an opportunity to gauge his expertise.

The complex and comprehensive Statistics enables players to track progress through their scores. There is also a Word Strength feature that lets users know how strong the words they form are in terms of the available points.

The Solo Play mode is a favorite feature for many fans. With the aid of this feature, an individual can play singly while offline. In this mode, the individual plays against an intelligent computer opponent.

Chat is another one of New Words With Friends amazing features. It is integrated in the game and it allows players to exchange messages. 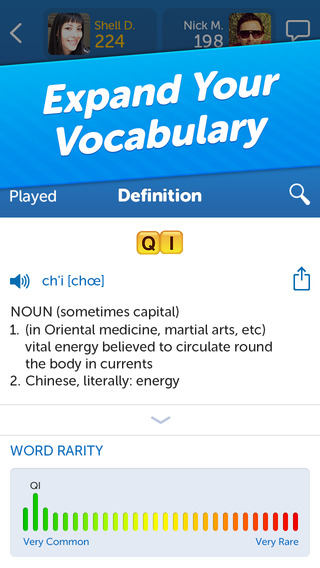 If you delight in playing word games, New Words With Friends is a fun and interesting app. Through this app, you can choose to play individually or with your friends and family.