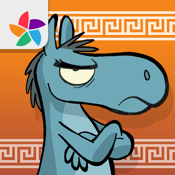 Basileo app review: a child's take on a Greek myth

If the idea of introducing your child to Greek mythology seems a bit advanced or not something they'd be interested in, this next app may have you thinking differently. The Basileo app can be used on your iPad and provides a new spin on mythology, one that is ideal for kids. There's nothing to stop kids from enjoying Greek myths now as they embark on an engaging and fun journey that takes place during ancient Greek times.

Here's a chance to expand your child's knowledge and get them interested in something they may not know anything about. The Basileo app has been designed specifically for kids aged six through eight and gives them a chance to enjoy some of the most well-known Greek myths. Now here's the twist: this is done so in an interactive way so it really captures their attention and imagination. The app boasts an original soundtrack, 23 hand-made illustrations in beautiful detail and color, and the narrator supports three different languages (English, Italian, and French, Spanish will be added as well). The text in the book can be enjoyed in all four languages at this point.

This app has just gone through some performance improvements, bug fixes, the addition of character cards to help kids learn more, and they can now draw and color within the app. The app doesn't yet have a customer rating but the comments are painting a clear picture that this one is really hitting the mark with kids. 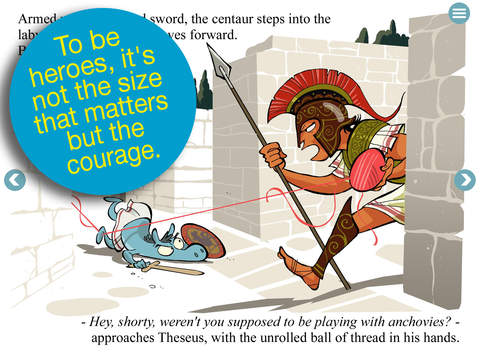 An interactive introduction to Greek mythology

Just because kids will be learning about ancient Greek myths doesn't meant the experience has to be boring or dull; in fact, with the Basileo app it's impossible to have anything but an engaging, entertaining, and fun experience. Here kids will be working their way through the pages as they learn about various myths and Greek Gods. Basileo, who is a centaur, will act as your child's guide taking them through all the different stories. The experience is audio, visual, and interactive so many of your child's senses are engaged.

After kids work their way through the stories they can create their own by coloring in the characters in the color section. There are also animated games throughout which will help to keep kids interested and moving forward with the stories. The user interface has definitely kept the needs of kids in mind as it is responsive, smooth, and very simple to use. 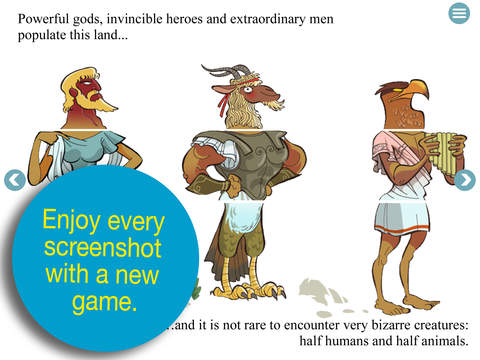 Take part in activities throughout the app 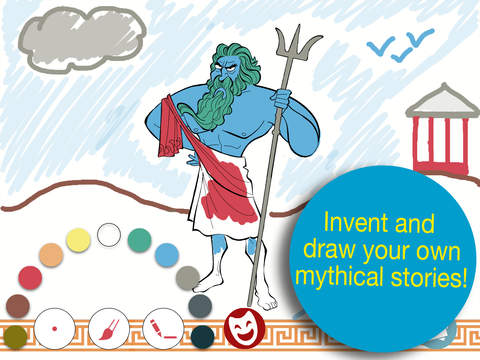 The Basileo app for your iPad gives kids a chance to get acquainted with Greek mythology in an interactive way that is ideal for their age group.