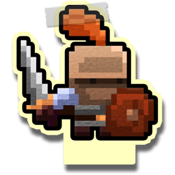 Tap Heroes app review: it's time to face your enemies

Do you think you've got what it takes to stand up to your enemies and face them in an epic RPG style battle? If so then you'll want to download the Tap Heroes app for your iPod touch, iPad, and iPhone. Here you will be setting forth on an adventure that will see you growing stronger as you go so that you'll have what it takes to defeat your enemies. There are different locations you'll be traveling to, which keeps the game challenging and engaging.

It's time to step into battle in the form of RPG-style gameplay with the Tap Heroes app. Some of the stand-out features include the fact there are 10 different worlds, there are more than 70 bosses and enemies, and there are a handful of heroes all of which has their very own abilities that will help them defeat the evil enemies. You have the ability to heal your heroes and tap your powers in order to cause harm to your enemies. There are upgrades available that provide you with even more powerful abilities, which will come in handy as you get deeper into the game. The app supports Game Center and there are Achievements that you can unlock.

There is the ability for endless gameplay here so go ahead and enjoy it as much as you want.
Players can browse through a number of in-app purchase options of Gems that can be used for various things. The Gems range in price from $0.99 to $69.99. Players have given this game 4.5 out of five stars. Players love the sounds, the graphics, and the challenge that this one offers. In its recent update there have been some minor changes to provide users with an even more enjoyable experience. 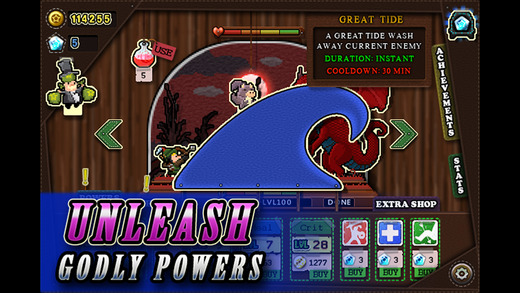 Defeat your enemies with your godly powers

There is so much to cover with the Tap Heroes app that it's impossible to touch upon it all. Some other notable features include the fact you'll have plenty of opportunities to gather gold and loot that you can turn around and use on upgrades, you'll get to know your powers and figure out what helps you best, and the graphics are puppet stage-style. Some of the locations include the swamps, deserts, forests, caves, and plenty more. The action is non-stop so there is never downtime in this game, which is what helps to make it so addictive and challenging of course. 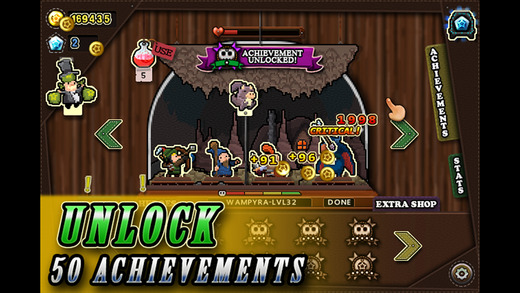 There are plenty of achievements to unlock 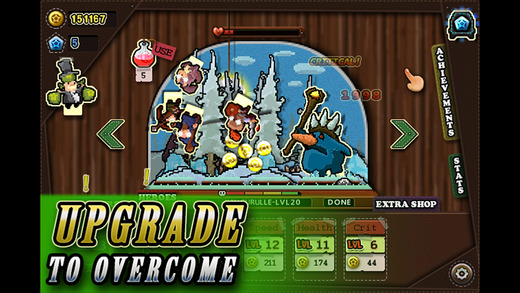 The Tap Heroes app for your iPod touch, iPad, and iPhone is all about engaging gameplay, fun graphics, and non-stop action which makes it almost impossible to put down.