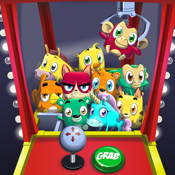 Who doesn't love the classic game found at fairs, carnivals, and amusement parks where you try to manipulate the claw and pick up a prize?

The Prize Claw 2 app for your iPod touch, iPad, and iPhone brings the classic game right to your device through this good arcade style app.

Because this is an arcade game for iPhone, you'll be able to enjoy all kinds of cool features and interactive elements so if you're ready to try your luck at a prize it's time to download the game.

Is this one of the best arcade game apps for iPhone that you've ever played? Let us know what you think about this app after you check out our Prize Claw 2 app review.

Keep Your Eyes on the Prize

It's time to keep your eyes on the prize with the Prize Claw 2 app. In this game you'll be working to capture all kinds of prizes, even rare ones if you're really lucky.

Now where this game becomes unique is in the fact there are a variety of claws each with their own abilities, there are fabulous special effects, and plenty of different machines to try out.

The game offers endless play so you can play as often and as long as you like. As you start to win prizes you'll find yourself quickly getting addicted to it and want to win more and more.

The app is free to play but there are a number of in-app purchases of coins and gems. These purchases range in price from $0.99 to $99.99. The app has just been updated with some performance improvements, bug fixes, and more claws to play with. The app has a perfect five star rating from users who have called it cute and fun. 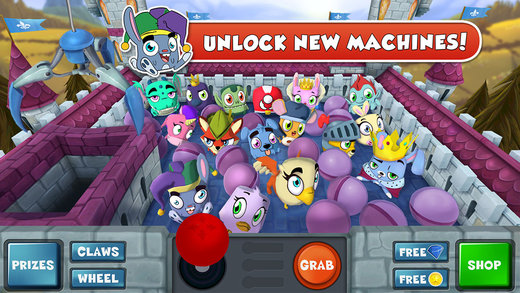 As soon as you launch the Prize Claw 2 app you're in for a fun and entertaining gameplay experience. The animations, sounds, and even the controls all feel incredibly realistic and really fun. Explore the many effects and powers such as tornadoes, explosions, and lightning.

Because there are thousands of different claws you are in for unique gameplay each and every time, which is why this game gets so addictive. Besides being able to win prizes you can also use the Prize Wheel and give it a spin to test your luck at winning the Jackpot, bonuses, and additional prizes.

Even with all its great features and fun developers still have plans for plenty of more. This offering almost feels better than the real thing and its certainly just as addictive. 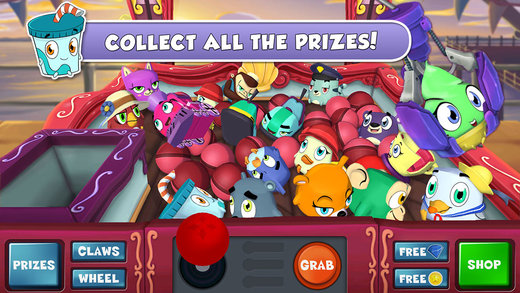 The Prize Claw 2 app for your iPod touch, iPad, and iPhone is one of those games that you end up addicted to pretty much right out of the gate thanks to its impressive and fun animations, easy-to-use controls, and the challenge it offers.