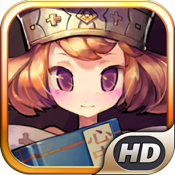 We've come across a rather clever offering that has managed to combine classic matching style gaming with RPG style gaming. The Smash Stone app can be played on your iPod touch, iPad, and iPhone and resembles those classic arcade games everyone loves. In this game you need to match up the colored stones while following along with the immersive story that requires you to fight an onslaught of enemies. There is so much happening in this RPG app that you’ll find it near impossible to put down.

A Little Bit of Everything

The Smash Stone app has a little bit of everything going for it with an end result that is of course challenging for players, highly addictive, and plenty of fun. This arcade game features the store of Zeus and Chronos who are deep in a battle against 300 Japanese kawai style goddesses. You need to take on these enemies and destroy them while collecting the goddesses. This can be done by making combinations of color stones. Your goal is to become the ultimate and most powerful in the world of Smash Stone. The story is very easy to follow along with and acts as a guide through the actual gameplay.

This game is free to download and play and then you can purchases crystals as in-app purchases. These are priced from $0.99 to $99.99. The app has an almost perfect customer rating of 4.5 out of five stars. Users have pointed out its level of entertainment and how addictive it is. It has just been updated with a few enhancements. 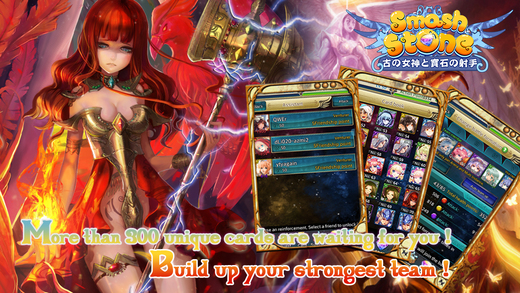 The Smash Stone app has a number of notable gaming features such as the fact you can get together with friends in order to beat the powerful bosses, the goddesses have their own personalities and voices, and the graphics are vivid and beautiful. You'll be able to build the ultimate team of strong players thanks to the fact that there are over 300 cards. If you'd rather you challenge your friends rather than team up with them then that's possible in PVP mode. One of the coolest features of this game is how creative the gameplay feels, it's unique and fresh which isn't always easy to find.

The game controls are smooth and responsive and the game itself is easy enough to follow and understand so you won’t find yourself overwhelmed or lost. 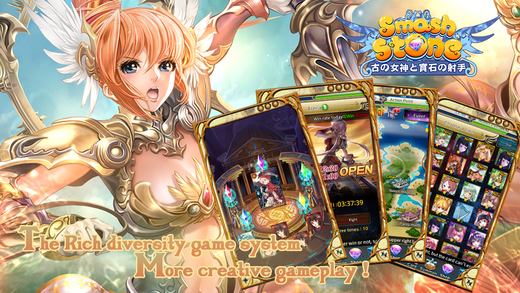 The Smash Stone app for your iPod touch, iPad, and iPhone will draw you in thanks to its stunning graphics, challenging battles, and variety of features. This one is sure to bring you back time and time again as you try your best to defeat your enemies. I believe it's one of the best RPG apps for iPhone and iPad that I have seen in a long time.