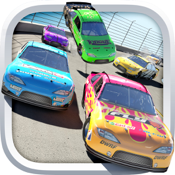 Car games are regarded as the core arcade game aside from sporting games such as football and basketball. Playing car games has been found to boost eye and hand coordination a great deal. One particularly popular car racing games app is known as Daytona Rush.

Daytona Rush is an iPhone racing games app that allows players to take control of high-speed race automobiles and compete in a race to see how long they can race without crashing.

The default language is English and it only takes up 64.8 MB. The app was developed by Invictus and it is compatible with iPhone, iPad and iPod touch devices.

Is this one of the best racing games apps for iPhone and iPad? Keep reading our Daytona Rush App review to find out.

Playing car race games such as Daytona Rush requires skill and strategy. There are a few guidelines you should follow in order to win the race. For one, players should do their best to complete missions. For each mission that a player completes he earns himself a bar of experience. Once the player has earned three bars, he proceeds to a higher level.

A player also needs to upgrade the engine. Basically, upgrading your engine will ensure you race at the highest speed and that your racecar utilizes minimal fuel. The running gear on the other hand, boosts lane changing speed. The body is accountable for damage tolerance. Of all three features, a player should focus on upgrading the engine first.

While playing, a gamer should be cautious of the red lane at all times. The red lane is on the leftmost section and driving in this lane for more than just a second will cause you to be disqualified.

Eliminate swerving cars. Swerving cars can be identified from their black paint job and a red stripe. Hitting these cars from any direction will earn you bonus cash. Your racecar will also not take any damage from the collision. To withstand as many collisions as possible, make sure you strengthen your chassis.

With Daytona Rush, the more missions you complete, the higher the level you can compete at. What’s more, the app awards winners with brutal racing machines that enable racers to compete more competently and earn cash bonus multipliers.

The best thing about Daytona Rush is that you can customize the looks of your racecar. This is made possible through the vinyls and paintjobs feature.

Daytona rush is equipped with an in-game leader board. This makes it pie easy for players to contrast their performance with that of their Gamecenter friends. 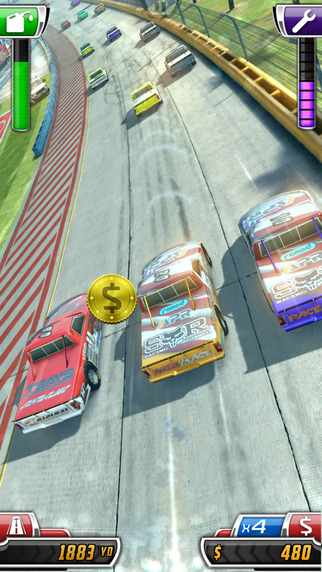 Daytona rush is one of the most fascinating games of all times. Complete as many missions, tune up, hit swerving cars and use other strategies to ensure you stay ahead of the curve when it comes to competing with other racecars.