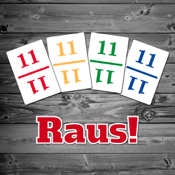 While I’ve never actually counted, I wouldn’t be surprised if there are more card games in the App Store than any other type of app. We all love card games and there’s a lot of developers trying to take advantage of that fact. Many of these are various different forms of Solitaire type games, but once in a while you come across one that’s just a little different: Raus! is one such app. This is a fun little iPhone card game that will have you addicted in no time. There were a couple of minor issues with the app but nothing that can’t be overcome. This is a free app and it’s compatible with the iPhone, iPad, and the iPod touch.

The best postcard apps for iPhone

Games are something we all grew up with in one sense or other and that sense of nostalgia gives them added appeal. Raus! Is actually based on a classic Swiss/German card game called Elfer Raus; essentially it’s just this traditional European card game in the form of an app.

The best gifts apps for the iPhone 2021

I found this game highly addictive; the longer I played it the more I got into it. There was only one little problem I found with the app, but unfortunately it was a glaring one, the game does provide instructions on how to play the game which should be a basic part of any app, the only problem is it leaves out a crucial piece of information. In the game of Raus the player with the Red Eleven always goes first, if no one has the red eleven the player with the yellow, green, or blue eleven goes first, in that order. After that you’re intended to play your cards in sequence and match them by color. The developer does mention that the game always starts with the red eleven, but they don’t mention anything else about how the games actually played. The rest of the instructions simply instruct you on how to use the app, not how to play the game itself. This seemed like a pretty serious oversight to me. 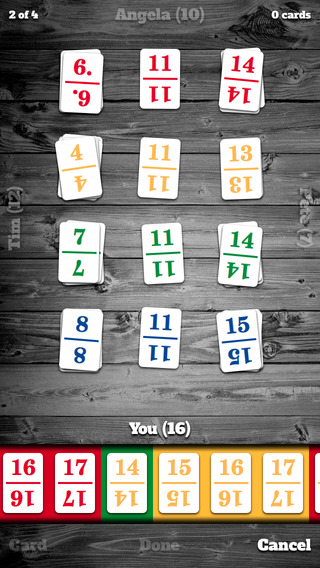 Once you figure out what you’re doing this game is actually quite easy to play. You have the option to play in single player mode or multiplayer mode, although only single player mode is available in the free version. If you choose single-player mode the app creates computer opponents for you. You can also send Facebook and Twitter messages to your friends to share your love of Raus! with them.

To play the game there are a few simple rules: the most important one is that the red eleven always goes first. There are four color suits: red, yellow, green, and blue. Once the player with the red eleven has finished their turn the next player can lay a card if they have the next one in sequence of the same color. If you have the red twelve you can lay it next to the red eleven to the right, if you have the red ten you can lay it on the left of the red eleven. Otherwise you can only go if you can lay an eleven of another color in a new pile or place the next card in a sequence on any one of the piles. Eventually you will have three piles of cards of each color: you keep playing cards until you have none left in your hand in which case you are the winner. To play your cards you simply swipe up on the screen. It’s simple to play and very addictive. 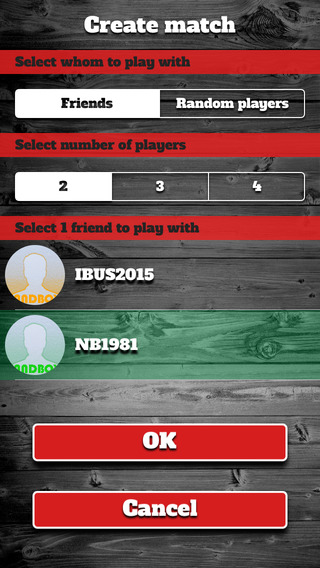 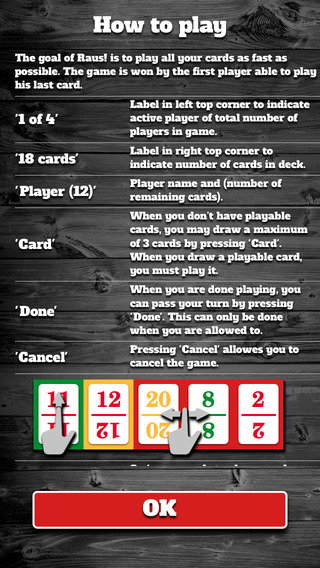 Raus! is a fun little game that people of all ages will enjoy. Once you figure it out it’s actually quite addictive, but it would be helpful if the developer included a tutorial on how to play the game and not just how to control the app. It’s still a lot of fun and I would definitely recommend giving this card games app.