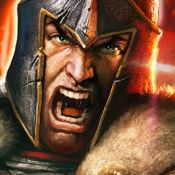 Strategy is key. Game of War - Fire Age is an interesting app designed by Machine Zone, Inc. It is compatible with both iPad and iPhone. Default language is English and it is 43.2 MB. Once you download the app, playing the game after that is absolutely free.

How to Play Game of War - Fire Age

Game of War - Fire Age is more about strategizing than actual fighting.to be able to move ahead, one should strive towards making strong alliances with other heroes worldwide and create a team that can take over the kingdom. This is done by chatting with other players online as you play and form an empire where you train soldiers and start the war. The secret to winning Game of War is to form allies otherwise you will die in the field very fast.

Other strategies of winning Game of War - Fire Age is by building legendary weapons and using them to attack the weak cities and taking them over. Once you are an emperor, you have the powers to deck-out heroes, give special titles to them and rule an entire empire. As the battle continues, one gets to keep all the resources you take from those you defeat and build your empire with them.

However, one should be careful who they form alliances with since everyone is on the race for power. Some leaders will stab you in the back literally and others take all your strategies. It’s also important to know that this game takes time, money and a lot of energy to get to the top but the process is really rewarding. 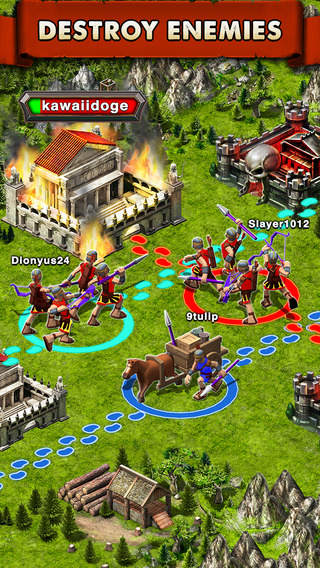 The period it takes to build a nation gives you time to enjoy the work of your hands and watch as your empire grows gradually while you defeat all your enemies. The game is about celebrating every conquest you make not just the overall win.

The system in which this RPG app is developed makes playing the game pretty easy. One is able to get resources and soldiers without much hassle so they can be ready for war. The way these battles happen is something of an epic magnitude and there is nothing more exciting than this. Power is measured by how many conquests one has and with power comes more allies.

Game of War app has many features that help protect beginners from dying too soon. Example of these includes the free teleport, hospitals, silver villas and store houses to keep your resources and food. 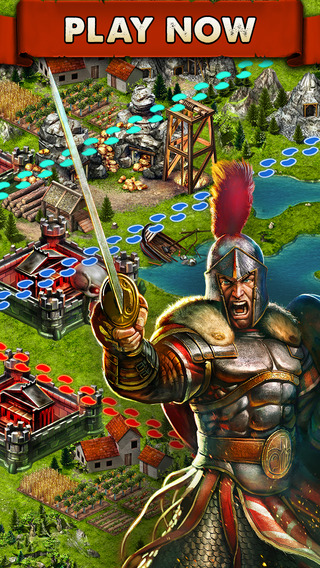 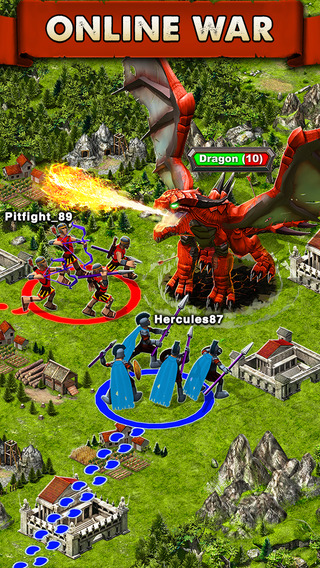 Game of War is a mentally challenging game that people who like a challenge will absolutely enjoy. Game of War - Fire Age is best played on iPad than iPod because of screen size.