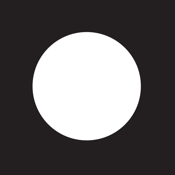 If you like classic arcade style games then you’ll enjoy Graviteer. This is a fun little app but it’s not easy. The App Store is full off free games that tend to fall into set categories: this one is a little different. It does have the look and feel of a classic arcade game but the gameplay is actually quite challenging and it takes a bit of getting used to. This is a free app and it’s compatible with the iPhone, iPad, and iPod touch.

Are you old enough to remember Asteroids or Pong? These games were about as basic as you can imagine. Objects in the game were nothing more than the simple outlines of shapes, but they were extremely popular none the less. The world was a long way away from games with motion sensors in the early '80s! Graviteer has been designed in the classic model of these early video games; there are no bells and whistles, just a whole lot of fun.

While the game is fun it’s not without its issues. The controls don’t always react the way you’d expect them to, although it’s possible the developer may have done this on purpose to make the game play more difficult. There are also some banner ads along the bottom of the screen but these do disappear when you’re playing an actual game so they aren’t overly obtrusive. This app will require 21.4 Mb of free space on your iOS device. The actual gameplay is quite unique. Down the center of the screen you’ll notice a dotted line; this is the gravity line. You control a little white ball and by consistently tapping on the left and right of the line you move the ball further away from the line as it rocks back and forth. If you stop tapping the ball will immediately be drawn towards the line of gravity.

This sounds pretty simple but what makes it challenging is trying to avoid the spikes of light coming towards you :you have to time your tapping just right to avoid them and they’re never in the same place twice. Every time you are able to avoid the spikes you score a point. There are also colored triangles that appear attached to the end of the spikes periodically you have to collect these without touching the spikes in order to prevent the game from speeding up. This game may sound simple, but it’s actually quite challenging; fighting the gravity line is harder than you think! 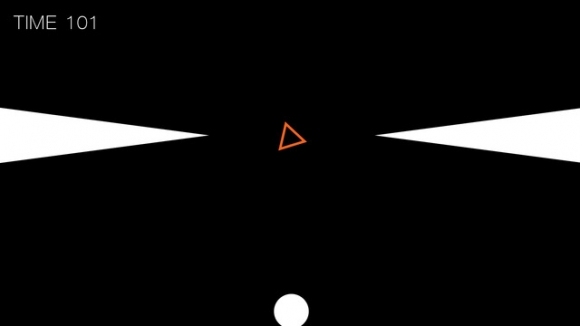 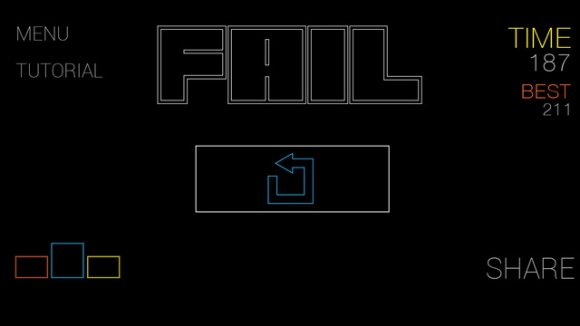 Graviteer is a great little game with a classic arcade look and feel. It’s not a hard one to figure out but it’s definitely a hard one to master. If you’ve got some time to kill this app might be just what you’re looking for.