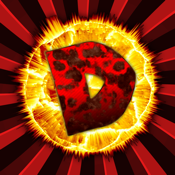 Demolition Physics is an iPhone and iPad game that is free for a limited time. It has 10 types of explosions from the fiery trail to the atomic explosion and each has its own distinctive features with different impacts on the destruction.

Demolition Physics utilizes ragdoll physics so that the reactions are those of the real world. With 10 levels ready to go any many more you can design to your own custom desires, this destruction based game is fun, educational, and can also require some creativity.

The overall look of the game is similar to Minecraft with building blocks forming the walls. There are also teddy bears and other objects which you can set on the walls or around your environment to get a personalized feel to the game. You start with a smaller fire explosion and a plain wall in level one, and you can experiment with how the explosion placed in different parts of the wall will react. For example, if you place it at the bottom corner, what will happen versus placing it at the top or center. 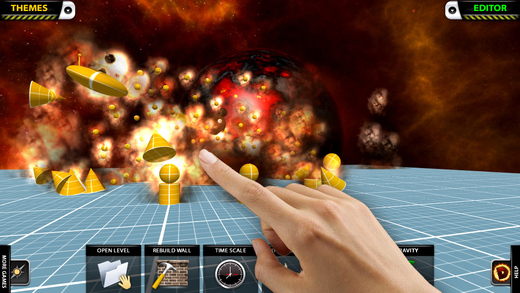 As I started describing above, Demolition Physics allows your student to explore what will happen with different types of explosions and different focus areas for the explosion. I skipped ahead to level six to see what was up there, and in this game you don’t have to complete the levels to move on, it’s just a different environment for you to explore.

Level six has several pillars with teddy bears on them, beside them, and so on. In order to destroy the whole level at once, you can’t just use the fiery explosion; you have to power up your bang. The atomic bomb detonated anywhere in this level completely obliterated the teddy bears and spread the blocks that weren’t incinerated far and wide. The difference between the least destructive and the most destructive explosions was illustrated extremely clearly in this level. If you are doing a unit on World War II and the nuclear bombs of Hiroshima, then this app can illustrate why the nuclear bombs were as bad as they were. Not the radiation issues that are ongoing still today, but the explosive destruction. 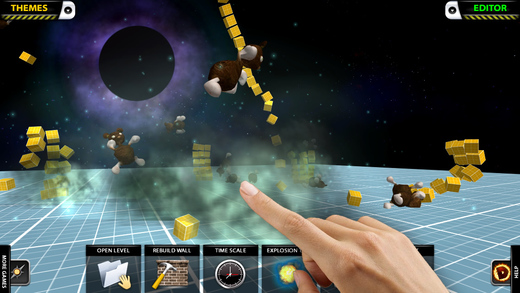 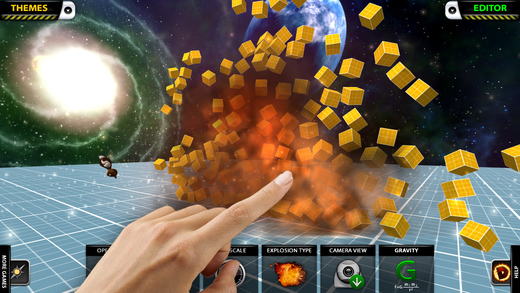 Demolition Physics is a great teaching tool for the iPad and iPhone. You can use it to illustrate what happens when you place the explosion in different parts of the walls, how it reacts when on the very outside, and so on. With 10 different explosions to explore, there are many real life reactions to observe in this ragdoll physics game. Overall, a great app that can be fun and educational at the same time.